Showing posts from January, 2013
Show all

The Fourth Sunday after the Epiphany, 3 February 2013 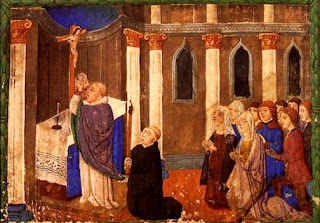 Please pray for the repose of the soul of Ruth Caroline Terrass Hiller, my mother, who passed from death into life on Monday, 28 January 2013. The Fourth Sunday after the Epiphany, 3 February 2013 Jeremiah 1:4-10 Psalm 71:1-6 I Corinthians 13:1-13 Saint Luke 4:21-30        Background: The “gesimas” Before the liturgical reforms in the Roman Catholic Church following Vatican II, Lutherans and Anglicans followed Roman Catholic practice in their lectionaries and calendar with the same pre-Lenten Sundays. However, with the adaptation of the Roman lectionary in the late ‘60s and ‘70s, these Sundays disappeared from these calendars as well.   The Sundays all became “Sundays after the Epiphany” with the first Sunday devoted to the Baptism of Our Lord, and the final Sunday devoted to the Transfiguration of Our Lord.   The old pre-Lenten Sundays were named for the period of time that needed to elapse until the Easter Feast – thus Septuagesima (70 day
Post a Comment
Read more 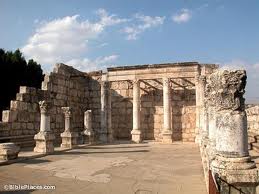 The Third Sunday after the Epiphany, 27 January 2013 Nehemiah 8:1-3, 5-6, 8-10 Psalm 19 I Corinthians 12:12-31a Saint Luke 4:14-21        Background:   The Synagogue Service The Gospel for today tempts us with a scene in which Jesus is invited to read from the Scriptures in the Synagogue at Nazareth.   What was it like, and what was done?   Such musings are prone to imagination and speculation rather than actual evidence about what was actually done in a first century Synagogue.   My good friend The Rev. Dr. Lizette Larson-Miller has warned me about equating the Liturgy of the Word in the Mass to the Synagogue Service of the first century. Reading, however, had always formed the core.   Nehemiah 8:1-8 (the first reading for today) gives an account of a public reading of the Torah, and we may assume that this was not an unusual circumstance.   The cultural gifts that returned with the Exiles from Persia and Babylon, and the demise of the
Post a Comment
Read more
More posts