Showing posts from January, 2016
Show all

The Fourth Sunday after the Epiphany, 31 January 2016

The Fourth Sunday after the Epiphany, 31 January 2016 Jeremiah 1:4-10 Psalm 71:1-6 I Corinthians 13:1-13 St. Luke 4:21-30 Background: Prophets I There are several redeeming features to Monty Python’s The Life of Brian, the most salient of which is the film’s depiction of ecstatic prophecy. Those playing the role look fairly crazy, and that is probably how they might appear to us were we to have the ability to see and experience them. Prophecy was not just the product of Israel, but was know throughout the Ancient Near East (ANE). The title means “one who speaks for another”, and all the cultures of the Near East had offices and practitioners of this sort of thing. The other aspect to prophetic work was the importance of “interpretation”, and in some cultures that was a separate function and duty. In Israel, the prophetic office was usually not connected with the priestly office, while in other cultures the two were interconnected, with the priest serving as both
Post a Comment
Read more

The Third Sunday after the Epiphany, 24 January 2016 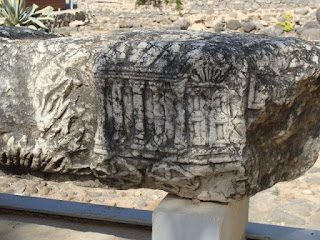 The Third Sunday after the Epiphany, 24 January 2016 Nehemiah 8:1-3, 5-6, 8-10 Psalm 19 I Corinthians 12:12-31a St. Luke 4:14-21 Background: The First Century Synagogue It is probably no accident that both the synagogue and the early church made use of civic structures for their worship and communities. While visiting the second century synagogue at Capernaum earlier this spring, I was surprised at this visit to realize that it is really the remains of a basilica, and that is not an extraordinary feature. The development of the synagogue has its roots in both Babylon and Egypt, and its purposes grow gradually as the Temple, as an institution is altered, and eventually destroyed by the Romans. In my mind the synagogue was always a feature outside of Jerusalem, having very much to do with the absence of the Temple. Actually there were several synagogues in Jerusalem adjacent to the Temple and functioning as adjunct facilities. The purposes were still mixed: commu
Post a Comment
Read more
More posts