Showing posts from January, 2015
Show all

The Fourth Sunday after the Epiphany, 1 February 2015 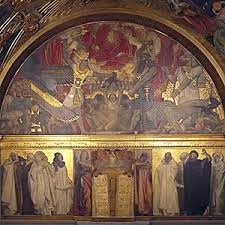 The Fourth Sunday after the Epiphany, 1 February 2015 Deuteronomy 18:15-20 Psalm 111 I Corinthians 8:1-13 St. Mark 1:21-28 Background: Prophets The office of the prophet is one that is often misunderstood in our time. Indeed, amongst fundamental Christians, the prophetic role is seen as one of telling the future. The ancient term “seer” may have given rise to this understanding of the prophet. The Hebrew term navi, is best described in Deuteronomy 18:18 , “ I will raise up for them a prophet like you from among their kindred, and will put my words into the mouth of the prophet; the prophet shall tell them all that I command.” The office of the prophet is not so much about the future as it is about the “now” of things. The title speaks more about being a spokesperson than it does about gazing off into times that come. Robert Alter puts it well, “The literary prophets in the biblical canon are less in the business of prediction than of castigation.” [1] The Hebre
Post a Comment
Read more

The Third Sunday after the Epiphany, 25 January 2015 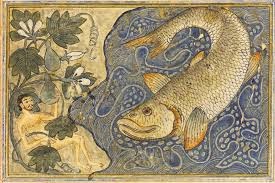 The Third Sunday after the Epiphany, 25 January 2015 Jonah 3:1-5 Psalm 62:6-14 I Corinthians 7:29-31 St. Mark 1:14-20 Background: Jonah Readers might want to broaden their understanding of Jonah the eighth century BCE prophet by reading II Kings 14 . Here you will meet the prophet, about whom not much is known, whose name is used to describe the main character in the Book of Jonah. It is instructive, I think, to understand all the levels of understanding about this character. That same realization about the multi-layered nature of the person will be helpful in looking at what the Book hoped to accomplish.   A professor of mine always talked about the Book of Jonah as a sermon – and I have found this characterization as being the most helpful. Others see it as a “historical” text, describing a series of events. The difficulty with that is that the symbols and themes that resonate in the text will either be ignored, or missed. The breadth of these symbols have one
Post a Comment
Read more

The Second Sunday after the Epiphany, 18 January 2015 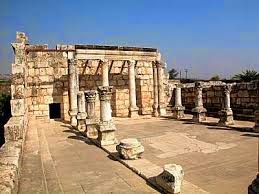 The Second Sunday after the Epiphany, 18 January 2015 I Samuel 3:1-20 Psalm 139:1-5, 12-17 I Corinthians 6:12-20 St. John 1:43-51 Background: Galilee So familiar to both our tongues and ears, I wonder if we really understand Galilee apart from the importance it plays in the Gospels, especially Mark.   Historically the home to the tribes of Naphtali and Dan, it was really reserved to and named for in common speech for the tribe of Naphtali. The tribe of Dan had policing responsibilities within the whole land of the united kingdom.   Later, Solomon deeds a great deal of the region to Hiram I of Sidon, and the land that was known to have numerous “foreigners” becomes a haven for even more. The name, in Hebrew, requires a completion through the use of a possessive noun, here “the nations”.   The region was known for its Greek cities, and culture, and during the Roman period, Roman towns are built as well, such as Tiberius. Under the Romans, it was one of the four reg
Post a Comment
Read more
More posts