Showing posts from January, 2019
Show all

The Fifth Sunday after the Epiphany, 10 February 2019 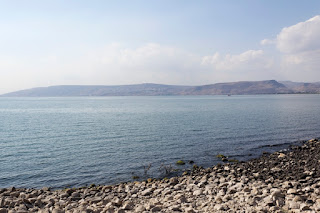 The Fifth Sunday after the Epiphany, 10 February 2019 Isaiah 6:1-8 [9-13] Psalm 138 I Corinthians 15:1-11 Saint Luke 5:1-11 Background: Gennesaret   Readers of the Christian Scriptures will always associate the name Gennesaret with the Lake in the northern part of the Levant. There was also a ity by that name, that dated from the Bronze and Iron Age. It is mentioned not only in the Bible, but also in the  Aqhat Epic of Ugarit . It is this city for which the lake is named. Later, another city, Tiberias, named for the Roman Emperor, altered the name of the lake. The site of Gennesaret is at Tell el-‘Oreimeh, or Tel Kinrot, and is located midway between Capernaum and Magdala. From its heights it was possible to guard and monitor the trade route that passed through the Plain of Ginosar (another later name of the city) at the northern end. In the Bible, the town was given to the tribe of Naphtali. In the Gospel of Matthew it is a place where Jesus passed through and
Post a Comment
Read more
More posts