Showing posts from January, 2018
Show all

The Fifth Sunday after the Epiphany, 4 February 2018 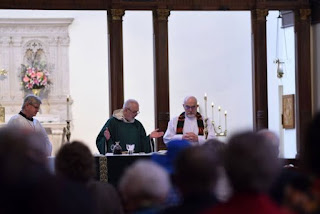 The Fifth Sunday after the Epiphany, 4 February 2018 Isaiah 40:21-31 Psalm 147:1-12, 21c I Corinthians 9:16-23 St. Mark 1:29-19 Background: An End and a Beginning On the Third Sunday after the Epiphany, I celebrated my last Mass at St. Mark’s Episcopal Church in Berkeley, California. I had served there between 2010 and 2012, and again between 2016 and 2018. It was a delightful tenure and I shall miss working with them. It also marked my retirement from active ministry. In June I shall celebrate the 47 Anniversary of my Ordination. It has been a long trek. So, this posting of my blog represents a time out of the pulpit – and I must admit I had used this blog as a way of preparing to preach the Word to a people I knew and sharing whatever insights I had with many I’ve never known. I will miss the tension that real people bring to a priest when searching the Word and breaking it open. To that end I am adding an additional feature to this blog – “Preaching Points”.
Post a Comment
Read more

The Fourth Sunday after the Epiphany, 28 January 2018 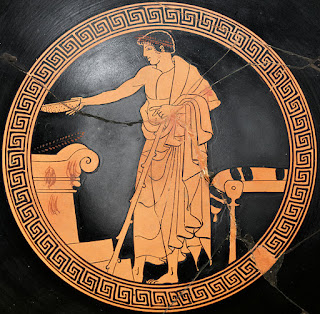 The Fourth Sunday after the Epiphany, 28 January 2018 Deuteronomy 18:15-20 Psalm 111 I Corinthians 8:1-13 St. Mark 1:21-28 Background: Sacrifice (In one form) When thinking on ancient forms of sacrifice, we are tempted only to think of holocaust offerings in which the whole of the victim was offered up. There were other forms of sacrifice, however, and some of them had more than a cultic utility, but a social utility as well. Common amongst these is the Communion Sacrifice, in which the offering became a part of the meal that was shared between the people and the god being honored. We know this to be a part of the practice attested to in the Hebrew Scriptures, and it becomes the focus point of Paul’s injunctions in the First Letter to the Corinthians where he wades into the controversy of the eating of meat first offered to idols. We know the psychology of this rite in the English word “companion” the clues being the words “com” (with) and “pan” (bread). The ea
Post a Comment
Read more
More posts