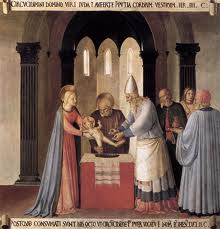 Background: Name
The power of a name was a concept that was common in the ancient near east.  Ceremonies, commands, and spells were often done “in the name of” a god or goddess.  Early Judaism was not unaware of this, and often the name of God was appended to a person’s name to indicate their allegiance or reliance on the divinity.  Thus we have Israel (the el calling to mind “El”, one of the names for God) and the name itself meaning “struggled with God” (see Genesis 32).    Since names had such power, the Hebrew Scriptures demand that the name of God (YHWH, among others), should not be pronounced.  Thus when the name YHWH is encountered in the scriptures the reader substituted the title Adonai (Lord).  Names could be written on an unfired pot of clay along with a curse, fired, and then shattered, thus assigning the curse to the individual.  Some times names were given as a comment on a social or political situation such as the names that Hosea gives to his children, Loruhamah – “not pitied”, or Lo-ammi “not my people” (see Hosea 1:8-9).
Today we celebrate the name of Jesus, which means “YHWH saves”.  It is not distinct to the Jesus of the New Testament.  In the Hebrew Scriptures we encounter “Joshua”, a form of the same name, who becomes Moses’ designated successor.  Jesus has several titles that are assigned to him in the Gospels and other writings, such as Messiah or its Greek form Christos (anointed).  Later writings confer political titles to the name of Jesus such as “Lord” Kyrios, or “Savior” Soter, both of which were titles used by the Roman imperium.  There is another Hebrew name, Emmanuel which means “God-is-with-us”.  Today, however, we celebrate the name of Jesus, commanded by angelic messengers to both Mary and Joseph.  It was a name with power, the disciples once complaining about others who cast out demons in “Jesus’ name”; and in the early church baptism was done in the name of Jesus.
Numbers 6:22-27
The LORD spoke to Moses, saying: Speak to Aaron and his sons, saying, Thus you shall bless the Israelites: You shall say to them,
The LORD bless you and keep you;
the LORD make his face to shine upon you, and be gracious to you;
the LORD lift up his countenance upon you, and give you peace.
So they shall put my name on the Israelites, and I will bless them. 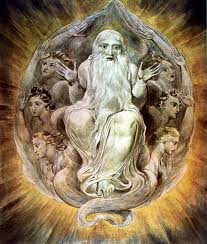 This passage conveys the prayer of blessing that was used by priests to “put God’s name on” the worshipers in the temple.  These words should be familiar to us as a blessing at several points in the development of the Book of Common Prayer.  Roman Catholics and Lutherans both would find these words of blessing being used as a final blessing (or a benediction) in their liturgies as well.  The conjunction of name and face is quite evident here.  The name (which has power) and the countenance (which gives us evidence of how the other is perceiving us) are both “gracious” as the blessing states.  It is a beautiful personification of God, revealing a personal relationship of Creator and created.
Breaking open Numbers:
Psalm 8 Domine, Dominus noster
O LORD our Governor, *
how exalted is your Name in all the world!
Out of the mouths of infants and children *
your majesty is praised above the heavens.
You have set up a stronghold against your adversaries, *
to quell the enemy and the avenger.
When I consider your heavens, the work of your fingers, *
the moon and the stars you have set in their courses,
What is man that you should be mindful of him? *
the son of man that you should seek him out?
You have made him but little lower than the angels; *
you adorn him with glory and honor;
You give him mastery over the works of your hands; *
you put all things under his feet:
All sheep and oxen, *
even the wild beasts of the field,
The birds of the air, the fish of the sea, *
and whatsoever walks in the paths of the sea.
O LORD our Governor, *
how exalted is your Name in all the world! 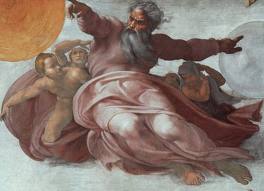 In this psalm the poet defines for us all that is associated with “the Name”.  Thus the psalm celebrates creation, and especially humankind.  In defining the work of “the Name”, we also hear the work that we are bidden to do – the stewardship of all that God has made.  What is even more interesting is the implied universal knowledge of God’s presence, power, or work.  “From the mouths of babes and sucklings…” indicates that God is present in all the aspects and ages of life.
Breaking open Psalm 8
Philippians 2:5-11
Let the same mind be in you that was in Christ Jesus,
who, though he was in the form of God,
did not regard equality with God
as something to be exploited,
but emptied himself,
taking the form of a slave,
being born in human likeness.
And being found in human form,
he humbled himself
and became obedient to the point of death--
even death on a cross.
Therefore God also highly exalted him
and gave him the name
that is above every name,
so that at the name of Jesus
every knee should bend,
in heaven and on earth and under the earth,
and every tongue should confess
that Jesus Christ is Lord,
to the glory of God the Father. 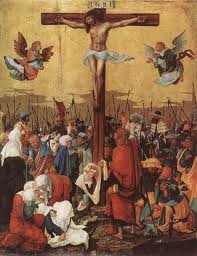 This reading is shared in all three cycles of the Lectionary either on this day, The Holy Name of Jesus, or on Passion Sunday.  More than likely taken from an ancient hymn of the church, the author uses the hymn to point out the dynamic qualities of not only the name (which is exalted) but of the person of Jesus as well ( who is humiliated and who is then exalted).  It is rather like a creed as well, pointing out the aspects of Jesus that form the basis for our faith.
Breaking open Philippians:
St. Luke 2:15-21
When the angels had left them and gone into heaven, the shepherds said to one another, "Let us go now to Bethlehem and see this thing that has taken place, which the Lord has made known to us." So they went with haste and found Mary and Joseph, and the child lying in the manger. When they saw this, they made known what had been told them about this child; and all who heard it were amazed at what the shepherds told them. But Mary treasured all these words and pondered them in her heart. The shepherds returned, glorifying and praising God for all they had heard and seen, as it had been told them. After eight days had passed, it was time to circumcise the child; and he was called Jesus, the name given by the angel before he was conceived in the womb. 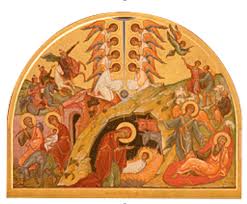 We have heard this reading recently, as well.  It forms that latter part of the Gospel for Christmas Eve.  It is the final sentence that commands our attention, however.  The former name of this day was The Circumcision and Name of Jesus, gives reason to the selection of this reading, following on the Octave of Christmas.  This action places Jesus as one who complies with the Law of Moses, and Mary and Joseph in compliance with the request of the angels, “you shall call him Jesus”.  In this way Luke connects Jesus with the promises and laws of old, and places him as the one who will make things new again.
Breaking open the Gospel:
After breaking open the Word, you might want to pray the Collect for Sunday:
Eternal Father, you gave to your incarnate Son the holy name of Jesus to be the sign of our salvation: Plant in every heart, we pray, the love of him who is the Savior of the world, our Lord Jesus Christ; who lives and reigns with you and the Holy Spirit, one God, in glory everlasting. Amen.