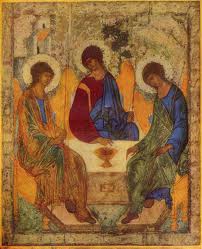 Background:  The Feast of the Holy Trinity
Trinity Sunday is a Principal Feast both in the Church of England and in the Episcopal Church, although that was not always so.  In the Roman Communion, the day was not established with such dignities until the early part of the last century.  With the reforms of Vatican II, The First Sunday after Pentecost was designated for the celebration of the Holy Trinity.  Before these reforms, the Athanasian Creed, Quicumque vult, was said at the Office of Prime on all Sundays after both Epiphany and Pentecost, excepting those that fell during an Octave.  In 1960 this rubric was changed so that this creed was only said on the Sunday devoted to the Holy Trinity.

The practice of reciting this creed, well known among Lutheran churches, was not as commonplace in Anglican Churches (the exception being Anglo-Catholic parishes).  The origin of the day as a principal feast of the Church was in Canterbury, where Archbishop Thomas Becket ordered its celebration on the day of his consecration as Archbishop.  From this see the practice spread throughout the Church.

Does not wisdom call,
and does not understanding raise her voice?
On the heights, beside the way,
at the crossroads she takes her stand;
beside the gates in front of the town,
at the entrance of the portals she cries out:
"To you, O people, I call,
and my cry is to all that live.
The LORD created me at the beginning of his work,
the first of his acts of long ago.
Ages ago I was set up,
at the first, before the beginning of the earth.
When there were no depths I was brought forth,
when there were no springs abounding with water.
Before the mountains had been shaped,
before the hills, I was brought forth--
when he had not yet made earth and fields,
or the world's first bits of soil.
When he established the heavens, I was there,
when he drew a circle on the face of the deep,
when he made firm the skies above,
when he established the fountains of the deep,
when he assigned to the sea its limit,
so that the waters might not transgress his command,
when he marked out the foundations of the earth,
then I was beside him, like a master worker;
and I was daily his delight,
rejoicing before him always,
rejoicing in his inhabited world
and delighting in the human race." 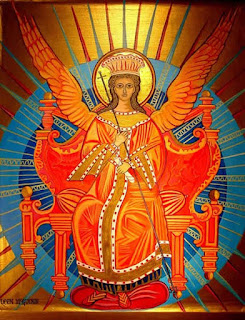 The figure of Wisdom, personified as a female participant at creation, is a powerful image that informed not only Hebrew thought, but also Christian imagery around the figure of Christ.  In Christianity, the two notions are almost merged.  An excellent example of this is the great church of Hagia Sophia (Holy Wisdom) that was built in Constantinople in the xxx Century.  In these verses, Wisdom introduces herself by placing herself at significant locations in the ancient near east: the cross roads, and the city gate.  As a presence at those locations, she would be the center of not only commerce and communication (an idea common in the so-called Wisdom Literature of most ancient near eastern cultures) but also the places where justice was meted out.

The later verses of this poem place her at the moment of creation, where she is present as YHWH orders chaos, and creates the earth and all that is in it.  The actor is clearly God, and the observer is clearly Wisdom.  In that capacity she communicates to humankind God’s joy in her, and God’s joy in the human race as well.  What is unspoken here, in the choice of this reading for this Feast of the Holy Trinity, is the presence of all three persons of the Trinity – the creating God, Wisdom/Christ, and the breath – the Spirit.

O LORD our Governor, *
how exalted is your Name in all the world!

Out of the mouths of infants and children *
your majesty is praised above the heavens.

You have set up a stronghold against your adversaries, *
to quell the enemy and the avenger.

When I consider your heavens, the work of your fingers, *
the moon and the stars you have set in their courses,

You have made him but little lower than the angels; *
you adorn him with glory and honor;

You give him mastery over the works of your hands; *
you put all things under his feet:

All sheep and oxen, *
even the wild beasts of the field,

The birds of the air, the fish of the sea, *
and whatsoever walks in the paths of the sea.

O LORD our Governor, *
how exalted is your Name in all the world! 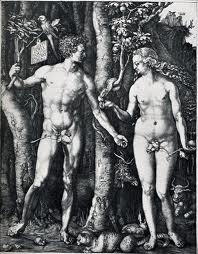 As a wonderful and serendipitous follow-on from the first reading, the psalmist rejoices in the God of creation and the response of created.  In his understanding, such praise of God is our primal and initial speech, for it is God who made it possible.  Comparisons are made which heighten the grandeur of God, and the smallness of human beings.  In spite of that, however, God crowns the creatures that God has made and honors them.  In verse three we have an image of the action of creation, wherein God establishes “a stronghold” against God’s “adversaries.”  These “adversaries” are not the other gods of ancient near eastern culture, but rather the chaos and disorder that God orders in the act of creation.  This image is seen in other psalms where water is seen as a sign of this chaotic threat.

Glory to you, Lord God of our fathers; *
you are worthy of praise; glory to you.
Glory to you for the radiance of your holy Name; *
we will praise you and highly exalt you for ever.

Glory to you in the splendor of your temple; *
on the throne of your majesty, glory to you.
Glory to you, seated between the Cherubim; *
we will praise you and highly exalt you for ever.

Glory to you, beholding the depths; *
in the high vault of heaven, glory to you.
Glory to you, Father, Son, and Holy Spirit; *
we will praise you and highly exalt you for ever. 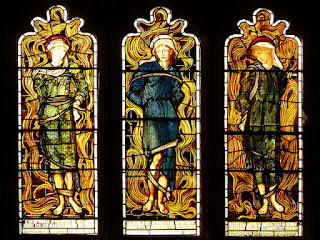 Following Daniel 3:23, there is a poem that has been designated by churches in the Reformed tradition as non-canonical.  Nonetheless, such works, and especially this particular passage are honored in the Daily Office both in the Anglican (Morning Prayer) and Lutheran (Matins) traditions as a Canticle.  The scene of the song is at the execution of the three young men when they refuse to worship the Babylonian gods and are cast into a fiery furnace.  The song is put into the mouth of Azariah (Abednego, cf. Daniel 1:6-7) and is in praise and thanks for the salvation granted to them by an angel who appears with them in the torment.  Christians have always seen in this figure an image of Christ.  The text may have been Hebrew or Aramaic (others have suggested Greek or Syriac as well), and was probably composed either in the first or second century BCE.  The text itself offers a point of contrast - the might of YHWH seen in the midst of the Babylonian gods.

Since we are justified by faith, we have peace with God through our Lord Jesus Christ, through whom we have obtained access to this grace in which we stand; and we boast in our hope of sharing the glory of God. And not only that, but we also boast in our sufferings, knowing that suffering produces endurance, and endurance produces character, and character produces hope, and hope does not disappoint us, because God's love has been poured into our hearts through the Holy Spirit that has been given to us. 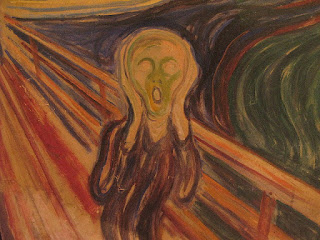 The disciples call upon Jesus in a couple of situations, asking him to determine “who sinned” when witnessing the suffering of others.  Here Paul attempts to put such theology to rest by declaring that “we have peace with God” through Jesus.  That, however, does not mean that there are no longer moments of trial and tribulation.  Paul’s readers readily understood that.  Thus Paul takes time to break open the understanding of “suffering” in the light of God’s pardoning.  In a list of progressive circumstances (suffering, endurance, character, and hope) Paul wants to connect human life with God offer of love.  This is the function of the post-Resurrection understanding – seeing in these actions and situations the gift of the Spirit to continue us in our faith and in our understanding of God’s gifts.

Often, when contemplating a doctrine such as that of the Holy Trinity, the temptation is to view the understanding as static and frozen.  This particular reading from John underscores the progression of faith and understanding, highlighting the work of the Spirit.  Here the verbs are very interesting in understanding the on-going work that God does with us.  The Spirit “guides”, “speaks”, “declare”, and “glorify”.  The beauty of the Trinity is that it is a relationship of “persons” and aspects.  It is active at various levels, and it appears to us by a variety of means.  John’s understanding is heard in Jesus’ explanation what his work has been about – a constant communication of God’s grace that extends beyond the time that Jesus was with the disciples through the time that he is with us in the utterings of the Spirit. 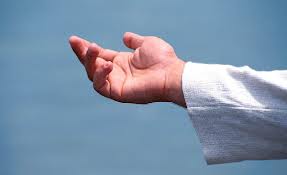 Almighty and everlasting God, you have given to us your servants grace, by the confession of a true faith, to acknowledge the glory of the eternal Trinity, and in the power of your divine Majesty to worship the Unity: Keep us steadfast in this faith and worship, and bring us at last to see you in your one and eternal glory, O Father; who with the Son and the Holy Spirit live and reign, one God, for ever and ever. Amen.