Background:  A Year of Matthew
With this First Sunday of Advent, we enter Year A of the Revised Common Lectionary (RCL).  The predominant Gospel during this cycle will be the Gospel According to Saint Matthew.  Here are some background materials on this Gospel.  Until the nineteenth century, the Gospel of Matthew enjoyed a primacy of quotation and usage in the Church.  However, with the rediscovery of the importance of Mark to both Matthew and Luke, Matthew has enjoyed the same critical examination that has been afforded the other Gospels.  The authorship of Matthew, once acknowledged as Matthew – one of the Twelve – is now not so certain.  These aspects, however are recognized:  1) The Gospel was written by a Jewish Christian, who knew Hebrew.  Matthew makes deep connections between the Hebrew Scriptures and the life of Jesus.  When the author quotes the Hebrew Scriptures the Hebrew original is quoted rather than the Greek translation known as the Septuagint.   2) The author is interested in the prophetic background that is, in his estimation, fulfilled in the life of Jesus.  3) The author was quite familiar with Jewish custom, law, and cultus.

The Gospel was probably composed sometime in the late first century CE, between 89 and 90.  Thus the fall of Jerusalem to the Romans, and perhaps the events leading up to the Council of Jamnia (although this event is largely discredited now) would have set a different kind of backdrop to the evangelist’s telling of the life of Jesus.  His reliance on Mark, and on the sayings from Q would have balanced this point of view with the realities of Jesus’ time.  There is material that is unique to Matthew, and during the course of this coming year, we will discover and discuss these materials.

Next Week:  The Audience and the Setting.

The word that Isaiah son of Amoz saw concerning Judah and Jerusalem.

In days to come
the mountain of the LORD's house
shall be established as the highest of the mountains,
and shall be raised above the hills;
all the nations shall stream to it.
Many peoples shall come and say,

"Come, let us go up to the mountain of the LORD,
to the house of the God of Jacob;
that he may teach us his ways  and
that we may walk in his paths."
For out of Zion shall go forth instruction,
and the word of the LORD from Jerusalem.
He shall judge between the nations,
and shall arbitrate for many peoples;
they shall beat their swords into plowshares,
and their spears into pruning hooks;
nation shall not lift up sword against nation,
neither shall they learn war any more.
O house of Jacob,
come, let us walk
in the light of the LORD! 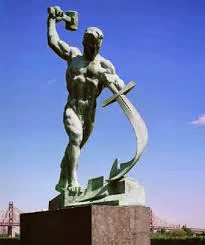 This pericope comes from a series of sayings and oracles that were made during the time of Ahaz (1:1-12:6), ca. 740 BCE.  In this reading Isaiah looks to what Jerusalem will or perhaps should be in the times to come.  It is interesting that these verses are stated in a different manner in Micah 4:1-5.  You might want to read them for the comparison.  It is here that we begin to see what will develop in Isaiah as a universalism that will lift its gaze from the people of Israel and Judah to a larger theater that would include all the nations of the earth.  We also begin to see characters develop that will be important to the rib pattern, in which Israel/Judah, God, and Earth and Sky are seated in a courtroom to hear testimony about the people and their behavior and faithfulness.  Here God is set us as Judge (and as Instructor as well.)  It is the Law that shall teach and guide, and it is God who will see whether or not his ways are being followed.  The final lines describe the messianic reality that Isaiah foresees, a realm of peace and security.  The invitation to walk in the ways of the Lord is an invitation to live under the rule and teaching of the Law.

Why was this reading chosen for the first Sunday of Advent? The Gospel for the day seems to provide a bit of a paradox to this reading.  Isaiah describes what good might be, and Jesus describes what difficulties are to come.  Here is the nexus on which this Sunday is formed.  What kind of times can we expect before the coming of Jesus?

Now our feet are standing *
within your gates, O Jerusalem.

Jerusalem is built as a city *
that is at unity with itself;

Pray for the peace of Jerusalem: *
"May they prosper who love you.

For my brethren and companions' sake, *
I pray for your prosperity

Because of the house of the LORD our God, *
I will seek to do you good." 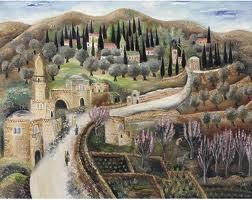 If Isaiah is entertaining notions of a more universal Yahwism, then the psalmist is clearly focused on Jerusalem as the center of the cultus, the place of divine worship and rule.  The first line (not included in the liturgical psalter) is a description of the psalm as a “song of ascents for David.” This, however, is not Jerusalem seen from afar, a goal for the end of the journey, but rather as a present reality – “our feet were standing in your gates, O Jerusalem.”  The psalmist has arrived within the sacred precinct, but is aware of the constant stream of pilgrims who move up to the city.  (Since Jerusalem sits on a north-south ridge that divides the coastal lowlands, from the deserts that surround the Jordan River valley, people would naturally have to come up to the city.) It is here that not only the Temple sits, but the thrones of judgment as well.  Thus the psalm reflects not only Jerusalem as a spiritual center, but as a political center as well.  The line “pray for the peace of Jerusalem” plays on the Hebrew word shalom, which forms part of the name of the city as well.  The defensive towers mentioned earlier in the poem now become ramparts and palaces that are governed by peace.  Again, the forecast of a messianic kingdom finds its place here as well as in the vision of Isaiah.

You know what time it is, how it is now the moment for you to wake from sleep. For salvation is nearer to us now than when we became believers; the night is far gone, the day is near. Let us then lay aside the works of darkness and put on the armor of light; let us live honorably as in the day, not in reveling and drunkenness, not in debauchery and licentiousness, not in quarreling and jealousy. Instead, put on the Lord Jesus Christ, and make no provision for the flesh, to gratify its desires. 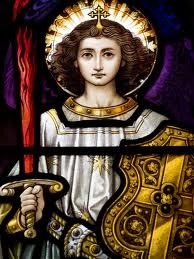 In the material leading up to this reading, Paul has asked his readers to look beyond the behavior and life of the present age.  His encouragement is to anticipate living into the great Day of the Lord.  In the past prophetic tradition, this Day of the Lord was depicted with dark colors and dismal promises.  Now it becomes, under Paul, a day to be anticipated – with joy.  The dark night of the past fear of God’s judgment is past – the reader is protected by an “armor of light.”  These are not spiritual and theological distinctions, however.  Paul sees them (that past darkness) in a very real light, and lists them out for us: reveling, drunkenness, debauchery, licentiousness, quarreling and jealousy.  Instead of providing a list of alternatives, Paul supplies only one thing, one aspect with which to live in this world – the Lord Jesus Christ.  It is that anticipation that forms the theme for this day. 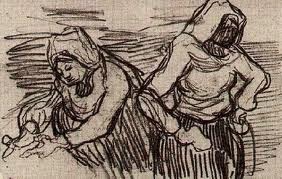 In the preceding verses and chapter, Jesus has riveted his gaze and teaching on the difficult times that are to come.  The evangelist may have known them well, as a probable witness to the fall of Jerusalem and the crushing of the Jewish revolt.  Jesus, however, does not know of these things as things in and of themselves, but rather as signs pointing to a new era for the earth – the coming of the Son of Man.  Here is some biblical material that can help you with the vision that Jesus gives – Daniel 7:13, Genesis 6-8. The immediacy of this visitation is underscored by Jesus’ examples: Noah, those taken, and those left behind.  Such randomness had been experienced by Israel in the past, during the wars and invasions from the east and the south, which were indiscriminate in the terror that they dispensed.  Another theme that resonates here is that of the remnant – those left behind (or taken up, depending on your point of view) who remain faithful.  The point is not on the realities of what this might be like but rather on an attitude of watchfulness and waiting.  It will be difficult to cut through the sugary sweet anticipation of Christmas in our culture to arrive at the resolute and bare bones attitude that Jesus seems to desire.

Breaking open the Gospel:
1.      What about life in Christ do you hope to be surprised by?
2.      How do you understand the idea of “one being taken and one being left behind”?
3.      What about the current culture’s depiction of Christmas do you need to leave behind? 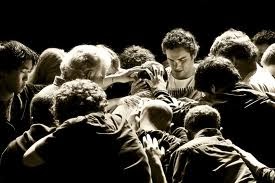 Almighty God, give us grace to cast away the works of darkness, and put on the armor of light, now in the time of this mortal life in which your Son Jesus Christ came to visit us in great humility; that in the last day, when he shall come again in his glorious majesty to judge both the living and the dead, we may rise to the life immortal; through him who lives and reigns with you and the Holy Spirit, one God, now and for ever. Amen.

All commentary and questions are copyright © 2013 Michael T. Hiller