The First Sunday after Christmas, 27 December 2020

The First Sunday after Christmas, 27 December 2020

The Collect for this Sunday:

Almighty God, you have poured upon us the new light of your incarnate Word: Grant that this light, enkindled in our hearts, may shine forth in our lives; through Jesus Christ our Lord, who lives and reigns with you, in the unity of the Holy Spirit, one God, now and for ever. Amen. 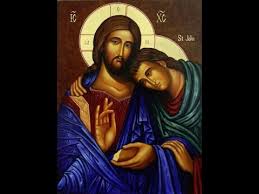 Often missed in parish life, are the three days that follow The Nativity of Our Lord, Christmas Day. They are instructive to those who wish to follow Jesus in the days that honor his birth, for they describe what is required of those who will follow. The Days honor St. Stephen the First Martyr (26 December), St. John Apostle and Evangelist (27 December), and The Holy Innocents (28 December). The dates in the Eastern Church depend on whether the Gregorian (beginning 9 January) or Julian Calendar (1 day later in December) is being used. Some have described these saints in terms of martyrdom: Stephen martyr and will and in deed, John martyr in will but not in deed, and the Innocents martyr not in will but in deed. Each of the days explores an aspect of following Christ and grants a certain depth to the holiday that they follow. Each of them had or has customs that are followed on their specific days, a way of taking the practice in to common life.

I will greatly rejoice in the Lord,
my whole being shall exult in my God;

as a bridegroom decks himself with a garland,
and as a bride adorns herself with her jewels.

For as the earth brings forth its shoots,
and as a garden causes what is sown in it to spring up,

so the Lord God will cause righteousness and praise
to spring up before all the nations.

The nations shall see your vindication,
and all the kings your glory;

and you shall be called by a new name
that the mouth of the Lord will give. 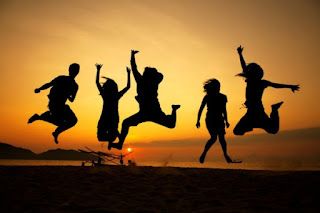 Our reading begins with passages of anticipatory praise, somewhat like the psalms of thanksgiving which look forward to accomplished deeds well in advance of their being realized. It is not only an internalized psychological state of joy, but is shown in the garments worn, expressing thanks and praise to God. In reading and interpreting these verses it is good to keep in mind the opening verse of this chapter.

The spirit of YHWH is upon me,

Because YHWH has anointed me.

He has sent me to bring good tidings to the poor,

To bind up the broken hearted;

To declare liberty to the captives,

And the opening to those who are bound…

The anticipation of salvation, redemption and restoration (“They build up the ancient ruins”, v.4.) are both hoped for and given thanks for.

The verses that follow in chapter 62 begin the third of the laments that are evident in chapters 60-62. The first two laments deal with the enemies that Israel has confronted, and secondly a lament that remembers the ancient ruins. Finally, in these verses the lament is met with God’s return to the chosen people. It is best expressed in verses 1, “I cannot keep silent – until (the coming of salvation for Jerusalem), and 6 and 7, “I have set watchers that they shall not be silent – until (the coming of salvation for Jerusalem.” The combination of hope, promise and subsequent realization is matched with praise, thanksgiving and joy. This makes for a profound comment on the coming of Jesus, anticipated and praised.

[1     Hallelujah!
How good it is to sing praises to our God! *
how pleasant it is to honor him with praise!

2      The Lord rebuilds Jerusalem; *
he gathers the exiles of Israel.

3      He heals the brokenhearted *
and binds up their wounds.

4      He counts the number of the stars *
and calls them all by their names.

7      Sing to the Lord with thanksgiving; *
make music to our God upon the harp.

8      He covers the heavens with clouds *
and prepares rain for the earth;

9      He makes grass to grow upon the mountains *
and green plants to serve mankind.

10    He provides food for flocks and herds *
and for the young ravens when they cry.

11    He is not impressed by the might of a horse; *
he has no pleasure in the strength of a man;

12    But the Lord has pleasure in those who fear him, *
in those who await his gracious favor.]

14    For he has strengthened the bars of your gates; *
he has blessed your children within you.

15    He has established peace on your borders; *
he satisfies you with the finest wheat.

16    He sends out his command to the earth, *
and his word runs very swiftly.

18    He scatters his hail like bread crumbs; *
who can stand against his cold?

19    He sends forth his word and melts them; *
he blows with his wind, and the waters flow.

20    He declares his word to Jacob, *
his statutes and his judgments to Israel.

21    He has not done so to any other nation; *
to them he has not revealed his judgments.
Hallelujah! 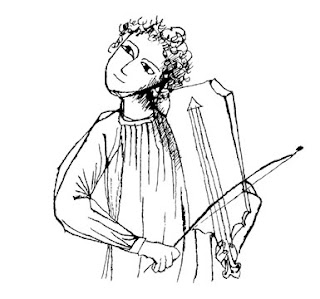 We have clues as to when with psalm was written in the second verse, “the Lord rebuilds Jerusalem” and again in verse 14, “For he has strengthened the bars of your gates.” There are several references to the exile, “healer of the broken-hearted”, which is now assuaged by God’s love and comfort of God’s people. There are several references to power, specifically military power, in the lines about the strength of the horse and the strength of a man. The purpose of these allusions is to underscore that it was not military might that accomplished the return to Jerusalem, but God’s good word and intention. The final verses are a reverie on the breath of God – the wind and word of God’s mouth that makes all things possible.

Now before faith came, we were imprisoned and guarded under the law until faith would be revealed. Therefore the law was our disciplinarian until Christ came, so that we might be justified by faith. But now that faith has come, we are no longer subject to a disciplinarian.

But when the fullness of time had come, God sent his Son, born of a woman, born under the law, in order to redeem those who were under the law, so that we might receive adoption as children. And because you are children, God has sent the Spirit of his Son into our hearts, crying, "Abba! Father!" So you are no longer a slave but a child, and if a child then also an heir, through God. 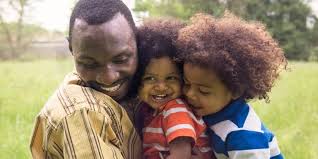 Here Paul speaks to the people of Galatia about what it means to be an heir, a son, and a daughter. It might be helpful for you to read the entirety of Chapter 3 in that it gives the principles of the argument that Paul is attempting to make here: Abraham, the Law, and the Promise. Paul contrasts the binding nature of Law with the faith that designates us as children of God. Thus, there are no distinctions, Jew – Greek, male – female, etc. Paul argues for a recognition of a change of status. His readers would have known both states – slavery and inheritance. It is that contrast that he wants them to understand and to realize their own change of status, “so you are no longer a slave.”

1.     What are the rules that constrict your life?

He was in the world, and the world came into being through him; yet the world did not know him. He came to what was his own, and his own people did not accept him. But to all who received him, who believed in his name, he gave power to become children of God, who were born, not of blood or of the will of the flesh or of the will of man, but of God.

And the Word became flesh and lived among us, and we have seen his glory, the glory as of a father's only son, full of grace and truth. (John testified to him and cried out, "This was he of whom I said, 'He who comes after me ranks ahead of me because he was before me.'") From his fullness we have all received, grace upon grace. The law indeed was given through Moses; grace and truth came through Jesus Christ. No one has ever seen God. It is God the only Son, who is close to the Father's heart, who has made him known. 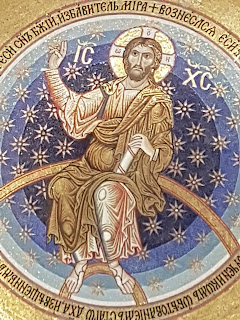 Just as the prologue in the reading from Hebrews (see the Lectionary for Christmas Day III), so the Prologue of John is a forecast of both themes and symbols that will become central to our understanding of his theology. Some think that it was originally an early Christian hymn to the Logos, given its structure and poetic content. It is interrupted, in a way, with the appearance of the Baptist – the forerunner and broadcaster of this same message.

Although there is a Greek influence here, we must not be forgetful of the Jewish core to this composition, formed as it is on the account of creation itself. All things, including Jesus, either begin here, or in the case of Jesus are present here to be a part of the spirit-infused creation that will make for life. The Word, the ru’ah, the spirit, Jesus, and God are all in relationship here, making for something new. That the essential content of John’s Gospel is God’s gift of life to a dying word – a gift made possible by the one who is offered on the tree – is an extension of the story that will be, and was seen in several iterations though prophets, psalmists, and historians.  The culmination is finally reached in this phrase, “and the Word became flesh.” In the incarnation there is now a connection with humankind as well, a realization that we are all a part of this story. The traditional Christmas text from Luke tempts us to see the nativity as something outside of ourselves. John’s Prologue brings us right into the center with all things.

2.     When does the Christian story begin for you?