O God, the King of glory, you have exalted your only Son Jesus Christ with great triumph to your kingdom in heaven: Do not leave us comfortless, but send us your Holy Spirit to strengthen us, and exalt us to that place where our Savior Christ has gone before; who lives and reigns with you and the Holy Spirit, one God, in glory everlasting. Amen. 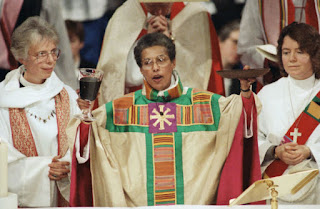 This prayer which ends the Entrance Rite of the Liturgy has both ancient and modern roots. In the Anglican and Lutheran liturgies, the collects are translations of the ancient Roman texts. Over time, however, the Romans have added new texts, and the Lutherans have added collects to match the increased number of lectionary readings in the three-year lectionary. Collects are also used in the Orthodox, Methodist, and Presbyterian churches as well. Their value to those preaching and proclaiming is the clues that they give to the theme of the readings in general. In the Huguenot churches, as well as in the Scottish Presbyterian churches, these initial prayers are based on the psalms.

The structure of the prayer is described in five parts: 1) An invocation or address, 2) An acknowledgement of a divine grace or attribute that relates to the theme for the day, 3) The petiti0on, 4) Hoped for results, and 5) Conclusion in the name of Jesus. The people respond with an “Amen.”

In those days Peter stood up among the believers (together the crowd numbered about one hundred twenty persons) and said, "Friends, the scripture had to be fulfilled, which the Holy Spirit through David foretold concerning Judas, who became a guide for those who arrested Jesus-- for he was numbered among us and was allotted his share in this ministry. So, one of the men who have accompanied us during all the time that the Lord Jesus went in and out among us, beginning from the baptism of John until the day when he was taken up from us-- one of these must become a witness with us to his resurrection." So, they proposed two, Joseph called Barsabbas, who was also known as Justus, and Matthias. Then they prayed and said, "Lord, you know everyone's heart. Show us which one of these two you have chosen to take the place in this ministry and apostleship from which Judas turned aside to go to his own place." And they cast lots for them, and the lot fell on Matthias; and he was added to the eleven apostles. 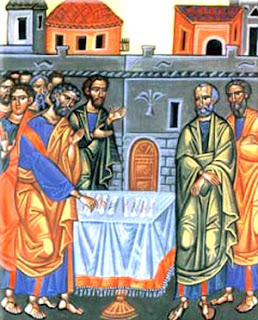 There is an interesting facet to this reading about the choice of a replacement for Judas that Luke may or may not have intended. The number of people he notes in attendance for Peter’s speech is numbered at one hundred twenty persons. That is also the required number of men to constitute a local Sanhedrin. The commentator Hans Conzelmann notes that there were women involved in Peter’s group, although I don’t understand how he comes to that conclusion. At any rate it gives a context to this important election that is noted here.

The elision of the middle of the pericope, verses 18-20, is understandable since it deals with the gruesome details of Judas’ death. You may, however, want to read it through since it adds to the solemnity of the situation, and includes a quotation from Psalm 69.

It seems necessary to the Twelve to complete the Twelve. And thus, they have an election that is guided by chance, or the Holy Spirit, in the form of casting lots. There were requirements, however, the most notable of which was the necessity that they be eyewitnesses of Jesus’ ministry. Their sense of the resurrection needed to intimate and personal. The casting of lots is accompanied with prayer which acknowledges that the choice is God’s.

1.     How are religious leaders chosen in your community of faith?

2.     In what way are they required to be eyewitnesses?

3.     How do you pray for your pastoral leadership?

1      Happy are they who have not walked in the counsel of the wicked, *
nor lingered in the way of sinners,
nor sat in the seats of the scornful!

3      They are like trees planted by streams of water,
bearing fruit in due season, with leaves that do not wither; *
everything they do shall prosper.

5      Therefore the wicked shall not stand upright when judgment comes, *
nor the sinner in the council of the righteous. 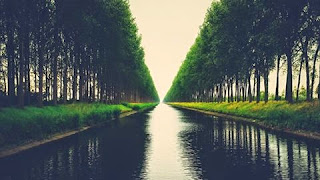 Artur Weiser calls this psalm “The Two Ways,” and that is an excellent way to characterize it. It begins, and by default the whole collection begins with a beatitude – a blessing. It becomes a psalm that contrasts negative behavior with positive or righteous acts. The first verse describes what a righteous person is not. The second verse begins, in the New American Bible, with “rather.” There is another way, another choice that is described with the image of a tree planted near abundant water. Such a description is also seen in Jeremiah (17:8): “They are like a tree planted beside the waters that stretches out its roots to the stream: It does not fear heat when it comes, its leaves stay green; In the year of drought it shows no distress but still produces fruit.” These are not righteous just “in season,” but also in times of difficulty and stress as well. The food for this tree is the Law of God – a constant joy and meditation.

With verse 4, we see a second part of the psalm, which compares the behavior of the wicked with that of the righteous. Here the image is of the dried-up chaff, the leavings of wheat – driven by a hot wind. These images of trees sumptuously living by living water, and chaff dried up by the wind give an almost proverbial and wisdom-like nature to this psalm. It closes with two ways – that of the just, which exists in the knowledge (read experience) of the Lord, and the wicked, leading to ruin.

1.     What aspects of your life are righteous?

I write these things to you who believe in the name of the Son of God, so that you may know that you have eternal life. 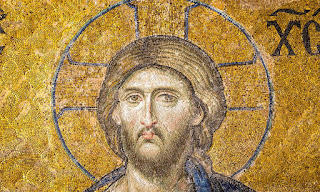 Thinking back on the election of Matthias, and the requirement that both of the candidates be eyewitnesses of Jesus’ ministry and resurrection, this reading from I John likewise underscores the value and necessity of witness and testimony. The Holy Spirit is seen in this guise in verse 6 of the same chapter, “The Spirit is the one that testifies, and the Spirit is truth. Our reading then looks at human testimony as well. The author acknowledges the testimony of men and women but values the testimony of God is being greater. It becomes a part of the human knowledge and experience of Jesus in our faith in him.

That faith is characterized for us in the reading in a simple sentence: “Whoever possesses the Son has life.” And just as in Psalm 1 above, the opposite is expressed as well, finding that not possessing the Son leads to no live.

2.     How has your testimony been informed by God? 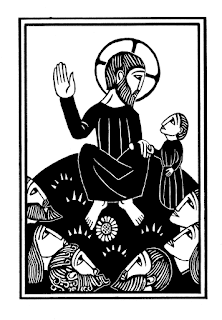 The Gospel follows the arguments that have been made in the second reading. Here, John, in his recounting “The Last Discourse of Jesus,” reminds us of Jesus’ words which reminded humankind of the relationship of Jesus and the Father. What is foundational here is not only the relationship of Father and Son, but also the subsequent relationship of those who have been given to Jesus by God. Jesus describes a community of mutual concern, a concern that is borne out of the reality that soon Jesus’ will be leaving those whom God has gathered and coming again to the Father.