The First Sunday after Christmas, 27 December 2009

The Readings for the First Sunday of Christmas

The Book of Common Prayer has rules of precedence that provide for the proper readings of this Sunday to override the holy days that immediately follow upon Christmas.  The first of these holy days is Saint Stephen’s Day.  Stephen was the first martyr of the church, and was also one of the first deacons appointed by the apostles.  Stoned by none other than the Saul who was soon to become Saint Paul, Stephen was a martyr in will and in deed.  The next day, the 27th, is the Day of the Holy Innocents.  In Matthew, who bases his Birth Narrative on the life of Moses, we read how King Herod (in the role of Pharaoh) sent soldiers to murder the infants of Bethlehem.  These young ones were then martyrs not by will but by deed.  Finally, on 28 December, we celebrate Saint John, Apostle and Evangelist.  Never martyred, John was a martyr in will, but not in deed.  These three stories provide a context to the birth of the child who overturns all of creation, and creates a new order of life. 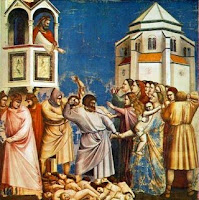 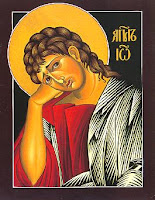 I will greatly rejoice in the LORD,

my whole being shall exult in my God;

for he has clothed me with the garments of salvation,

he has covered me with the robe of righteousness,

as a bridegroom decks himself with a garland,

and as a bride adorns herself with her jewels.

For as the earth brings forth its shoots,

and as a garden causes what is sown in it to spring up,

so the Lord GOD will cause righteousness and praise

to spring up before all the nations.

For Zion's sake I will not keep silent,

and for Jerusalem's sake I will not rest,

The nations shall see your vindication,

and all the kings your glory;

and you shall be called by a new name

that the mouth of the LORD will give.

You shall be a crown of beauty in the hand of the LORD,

and a royal diadem in the hand of your God.

This last of the Isaiahs lived to see the dreams of the others writing in the name Isaiah come true.  The people had returned from their deportations to Babylon.  They had returned to a land that had been despoiled, to a temple that had been destroyed, and to a Jerusalem that was less than royal.  They returned to the drudgery of restoring their culture, and to the back-breaking work of rebuilding their city.  They returned to poverty and difficulty.  To these people, Isaiah offers another image – the image of people dressed in robes (of righteousness) and glittering in the jewels (of salvation).  Such a viewpoint was not intended to be taken literally, but rather spiritually, that God would vindicate Israel.  This restored Israel would serve as a witness to a God who redeems and who makes new.  This was the vision of this Isaiah.

1. What does Isaiah mean by a “garment of salvation” or a “robe of righteousness”?

2. What other images does the prophet use to get the reader to see the renewal of Israel?

3, Why might Christians see these images as an embodiment of their theology.

4, Are any of these images baptismal?

For he has strengthened the bars of your gates; *

he has blessed your children within you.

He has established peace on your borders; *

he satisfies you with the finest wheat.

He sends out his command to the earth, *

and his word runs very swiftly.

who can stand against his cold?

He sends forth his word and melts them; *

he blows with his wind, and the waters flow.

He declares his word to Jacob, *

his statutes and his judgments to Israel.

He has not done so to any other nation; *

to them he has not revealed his judgments.

This psalm, written after the restoration of Jerusalem (see the notes about Isaiah, above) celebrates God as “the rebuilder of Jerusalem”.  The opening verse of our reading extols Jerusalem to honor the One who is the reason for its existence. Many of the verses not only represent God’s commands to Jerusalem, and to Israel, but to nature as well.  There are some amazing images that the reader would immediately recognize, such as the image of winter in the hill country of Judea, “he scatters hoarfrost like ashes”.  In one verse, God’s word and wind call to mind his breath and word that creates the world.

1, Why is it important for us to think about the restoration of Jerusalem?

2, What kind of nature images do you encounter in this psalm? 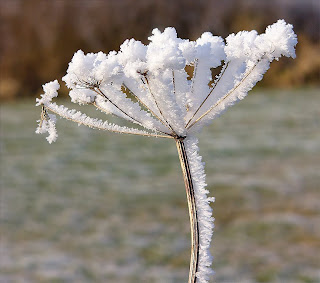 Now before faith came, we were imprisoned and guarded under the law until faith would be revealed. Therefore the law was our disciplinarian until Christ came, so that we might be justified by faith. But now that faith has come, we are no longer subject to a disciplinarian.

But when the fullness of time had come, God sent his Son, born of a woman, born under the law, in order to redeem those who were under the law, so that we might receive adoption as children. And because you are children, God has sent the Spirit of his Son into our hearts, crying, "Abba! Father!" So you are no longer a slave but a child, and if a child then also an heir, through God.

Galatia was a province in Asia Minor (modern day Turkey), that had been settled by Celtic peoples around 270 BCE.  The letter is held to be really from Paul, and in it he wrestles with one of the most perplexing problems of an emerging Christianity.  The problem was what to do with the requirement of the Mosaic law, especially as the church moved away from its Jewish core to a more gentile base.  In the reading for today, Paul differentiates between the law (which he calls ‘our disciplinarian’, and faith.  The second paragraph would have been especially good news to those Celts, Greeks, or Romans who heard it.  There situation over against the Jewish core, was not second class.  Paul recognizes the special status that Jews enjoy with God, but goes on to show that others had received “adoption as children”.  So as we celebrate the birth of the Christ-child, we also celebrate our adoption as sons, daughters, and heirs.

2. What do you understand in the word “faith?”  How does it relate to the Law?

3. What does Paul mean when he talks about the “fullness of time.”

4. What words does Paul use to describe our status? 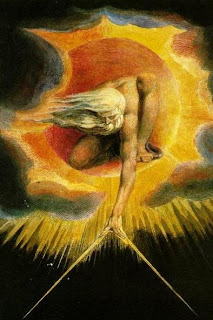 He was in the world, and the world came into being through him; yet the world did not know him. He came to what was his own, and his own people did not accept him. But to all who received him, who believed in his name, he gave power to become children of God, who were born, not of blood or of the will of the flesh or of the will of man, but of God.

And the Word became flesh and lived among us, and we have seen his glory, the glory as of a father's only son, full of grace and truth. (John testified to him and cried out, "This was he of whom I said, 'He who comes after me ranks ahead of me because he was before me.'") From his fullness we have all received, grace upon grace. The law indeed was given through Moses; grace and truth came through Jesus Christ. No one has ever seen God. It is God the only Son, who is close to the Father's heart, who has made him known.

Unlike Luke and Matthew, neither Mark nor John has a birth narrative.  Mark’s Gospel begins with the baptism of Jesus, but John’s begins with a remarkable retelling of the creation story.  It’s initial words clue us in, “In the beginning…”  The actors are the same: The Ancient of Days (see Blake’s drawing above), and the breath (read “word”, “wind”, or “spirit”) that is the creative force that creates all things.  In this logos (Greek for “word”) St. John saw Jesus, pre-existing from the beginning of time, and participating in the work of Creation.  This is a nativity on a cosmic scale – not homey and individual like the scene in the cave in Bethlehem, with its strawy manger, shepherds and animals.  This is the lord of all creation who deigns to visit us.  In the central domes of many orthodox churches appears an icon of the pantocrator, the “creator of all.” 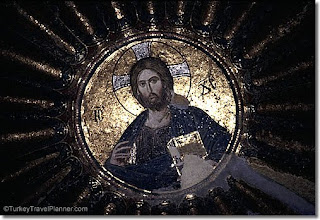 John wants to convince us of the divinity of Jesus, and the visitation of God amongst humankind.  He draws a comparison to John the Baptist, and then gently puts John into his place, “He himself was not the light.”  For John, Jesus is the light and the Word.  But above all, Jesus is “the word made flesh”, living and breathing among us.  God-with-us, is the Gospel for this day.

1. Why does John want to put John the Baptist into his place?

4. What else does John say about the Baptist in the last paragraph of this reading?

Almighty God, you have poured upon us the new light of your incarnate Word: Grant that this light, enkindled in our hearts, may shine forth in our lives; through Jesus Christ our Lord, who lives and reigns with you, in the unity of the Holy Spirit, one God, now and for ever. Amen.