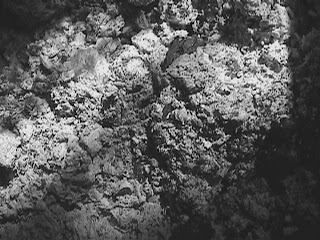 Ash Wednesday marks the beginning of Lent and counts Forty Days until Easter (not counting Sundays, which are technically not a part of Lent).  The practice of using ashes to mark the beginning of this penitential season began in the eight century, and reflect an even more ancient practice of sprinkling ashes on one’s head as a sign of mourning, or of indicating sorrow for sins.  The ashes are made from the palms used on the previous Palm Sunday, and are mixed with water and chrism (oil) to mark the foreheads of the faithful.  In the liturgy the great penitential psalm 51 is read or sung, and confessions are made.  People are asked to take up the Lenten Fast, and from that invitation have come the various behaviors around “giving up something for Lent.”

Blow the trumpet in Zion; sound the alarm on my holy mountain! Let all the inhabitants of the land tremble, for the day of the LORD is coming, it is near-- a day of darkness and gloom, a day of clouds and thick darkness! Like blackness spread upon the mountains a great and powerful army comes; their like has never been from of old, nor will be again after them in ages to come. Yet even now, says the Lord, return to me with all your heart, with fasting, with weeping, and with mourning; rend your hearts and not your clothing. Return to the LORD, your God, for he is gracious and merciful, slow to anger, and abounding in steadfast love, and relents from punishing. Who knows whether he will not turn and relent, and leave a blessing behind him, a grain offering and a drink offering for the LORD, your God? Blow the trumpet in Zion; sanctify a fast; call a solemn assembly; gather the people. Sanctify the congregation; assemble the aged; gather the children, even infants at the breast. Let the bridegroom leave his room, and the bride her canopy. Between the vestibule and the altar let the priests, the ministers of the LORD, weep. Let them say, "Spare your people, O Lord, and do not make your heritage a mockery, a byword among the nations. Why should it be said among the peoples, where is their God?'" 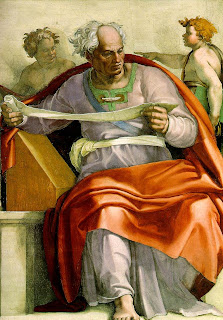 We don’t really know when the prophet Joel wrote these passages, but we do know what it was that caused him to write.  Joel indicates a huge plague of locusts as the cause for his speaking the “word of the Lord.”  Such a catastrophe, which can still be seen in Africa, and the Near East today would merit comment by a prophet.  Joel, however, moves beyond the immediate and comments on the meaning of the plague.  As one of the Twelve Prophets, he indicates that this natural disaster has something to do with the national situation, but he also sees it as something beyond the immediate consequences of the locusts.  The natural phenomenon gives way to a spiritual meaning as well.  Here the framers of the lectionary have chosen the reading that invites the people to assemble, fast, and repent regardless of the reason or circumstances.  All are affected, from bridegrooms to nursing babies.  Thus Joel helps us to begin our Lenten fast.
Breaking Open Joel:
Psalm 103 Benedic, anima mea
Bless the LORD, O my soul, *
and all that is within me, bless his holy Name.
Bless the LORD, O my soul, *
and forget not all his benefits.
He forgives all your sins *
and heals all your infirmities;
He redeems your life from the grave *
and crowns you with mercy and loving-kindness;
He satisfies you with good things, *
and your youth is renewed like an eagle's.
The LORD executes righteousness *
and judgment for all who are oppressed.
He made his ways known to Moses *
and his works to the children of Israel.
The LORD is full of compassion and mercy, *
slow to anger and of great kindness.
He will not always accuse us, *
nor will he keep his anger for ever.
He has not dealt with us according to our sins, *
nor rewarded us according to our wickedness.
For as the heavens are high above the earth, *
so is his mercy great upon those who fear him.
As far as the east is from the west, *
so far has he removed our sins from us.
As a father cares for his children, *
so does the LORD care for those who fear him.
For he himself knows whereof we are made; *
he remembers that we are but dust.
Our days are like the grass; *
we flourish like a flower of the field;
When the wind goes over it, it is gone, *
and its place shall know it no more.
But the merciful goodness of the LORD endures for ever on those who fear him, *
and his righteousness on children's children;
On those who keep his covenant *
and remember his commandments and do them.
The LORD has set his throne in heaven, *
and his kingship has dominion over all.
Bless the LORD, you angels of his,
you mighty ones who do his bidding, *
and hearken to the voice of his word.
Bless the LORD, all you his hosts, *
you ministers of his who do his will.
Bless the LORD, all you works of his,
in all places of his dominion; *
bless the LORD, O my soul.
The Psalm begins with an invitation to bless God, and then goes on to rehearse just exactly why we ought to be blessing God.  It is here that the concepts concerning the God of Israel begin to differ from the gods of the peoples who lived with the Israelites in Canaan.  Just like its counterparts in other Ancient Near Eastern religions, the psalm praises God, especially the final verses.  It is in the middle, however that we see the difference – repentance and forgiveness.  Though this God has thunder and lightning at his beck and call, this God is one who forgives, who treats the people as a loving parent.  In a way Joel (First Reading) sets the scene for the action of repentance, and the Psalmist shows the result of the assembly and fast – a God who forgives and sets our sin aside.
Breaking open Psalm 103

We entreat you on behalf of Christ, be reconciled to God. For our sake he made him to be sin who knew no sin, so that in him we might become the righteousness of God. As we work together with him, we urge you also not to accept the grace of God in vain. For he says,
"At an acceptable time I have listened to you, and on a day of salvation I have helped you."
See, now is the acceptable time; see, now is the day of salvation! We are putting no obstacle in anyone's way, so that no fault may be found with our ministry, but as servants of God we have commended ourselves in every way: through great endurance, in afflictions, hardships, calamities, beatings, imprisonments, riots, labors, sleepless nights, hunger; by purity, knowledge, patience, kindness, holiness of spirit, genuine love, truthful speech, and the power of God; with the weapons of righteousness for the right hand and for the left; in honor and dishonor, in ill repute and good repute. We are treated as impostors, and yet are true; as unknown, and yet are well known; as dying, and see-- we are alive; as punished, and yet not killed; as sorrowful, yet always rejoicing; as poor, yet making many rich; as having nothing, and yet possessing everything.
Paul addresses a theme that Jesus addressed in his unsuccessful sermon at the synagogue in Nazareth, namely the immediacy of salvation.  In commenting on the quote from Isaiah, Paul, like Jesus, wants to convince his hearers that what was promised has already happened.  In his argument, Paul exhibits two of his writing techniques: the list, and dichotomies.  Paul lists all the good things he has done, or has attempted to demonstrate to convince the reader of his assertion about salvation.  In the other technique, Paul contrasts ideas (“as dying, and see we are alive).
Breaking open II Corinthians: 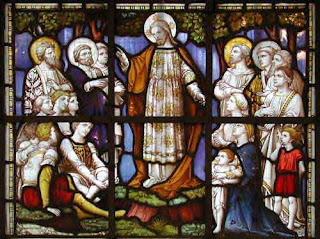