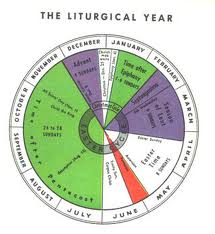 
Breaking open Romans:
Matthew 10:40-42
Jesus said, "Whoever welcomes you welcomes me, and whoever welcomes me welcomes the one who sent me. Whoever welcomes a prophet in the name of a prophet will receive a prophet's reward; and whoever welcomes a righteous person in the name of a righteous person will receive the reward of the righteous; and whoever gives even a cup of cold water to one of these little ones in the name of a disciple-- truly I tell you, none of these will lose their reward."
Just as in the second lesson, the Gospel forms a continuing reading from the Gospel of Matthew.  This reading forms the end of a long discourse in which Jesus instructs the disciples in the art of being in mission.  The discourse is formed around both positives and negatives, such as entering a house and receiving its peace, or its rejection.  The disciple is instructed to act accordingly.  Actually, and here we have to look back at the first lesson, Jesus, like Jeremiah, is pondering on the role of the prophet – the prophets that he hopes his disciples will be.  It is a continuum of relationship, the Father, the Son, the prophet, the disciple, the hearer; these are all bound together in a relationship of service and recognition.  Out of that relationship comes the prophetic voice – the Word that God wants us to hear now.
Breaking open the Gospel:
After breaking open the Word, you might want to pray the Collect for Sunday:
Almighty God, you have built your Church upon the foundation of the apostles and prophets, Jesus Christ himself being the chief cornerstone: Grant us so to be joined together in unity of spirit by their teaching, that we may be made a holy temple acceptable to you; through Jesus Christ our Lord, who lives and reigns with you and the Holy Spirit, one God, for ever and ever. Amen.