BACKGROUND: The RCL and Ordinary Time
Since Advent of 2007, the Revised Common Lectionary (RCL) has been the Lectionary of the Episcopal Church.  The history of the RCL, and of the three-year lectionary is a study in ecumenism.  The three-year lectionary that was adapted by the Episcopal (1979) and Lutheran Church (1978) (later by the Methodists, Presbyterians, and other Protestants) was a version of the Ordo Lectionum Missae, promulgated by the Roman Church in 1969 following the reforms of the Second Vatican Council.  A further revision (The Common Lectionary) was proposed in 1974, which represented a collaboration of English-speaking churches, including the Roman Church.  In 1994, the Revised Common Lectionary was published, and was adopted in time by most of the liturgical churches in North America, as well as the Church of England.  The Roman Church has not adopted it.  What are the differences?  The most notable is the option during Ordinary Time to use an on-going reading from the Hebrew Scriptures.  The program is:  in year A – Genesis through Judges, in year B – The Davidic Covenant and Wisdom Literature, and in year C – The prophets.  Along side the option are the traditional readings from the Hebrew Scriptures, which are thematically related to the Gospel.  This is the option that we will be using.
Zechariah 9:9-12
Rejoice greatly, O daughter Zion!
Shout aloud, O daughter Jerusalem!
Lo, your king comes to you;
triumphant and victorious is he,
humble and riding on a donkey,
on a colt, the foal of a donkey.
He will cut off the chariot from Ephraim
and the war horse from Jerusalem;
and the battle bow shall be cut off,
and he shall command peace to the nations;
his dominion shall be from sea to sea,
and from the River to the ends of the earth.
As for you also, because of the blood of my covenant with you,
I will set your prisoners free from the waterless pit.
Return to your stronghold, O prisoners of hope;
today I declare that I will restore to you double.
The book of Zechariah is divided into two major parts (called “burdens”), the first part being written around 520 or so (right after the return of the Babylonian exiles) and the second being written around the time of Alexander the Great’s invasion (ca. 332).  The tone of each of the sections is widely divergent, with the first part being very precise and advocating for the rebuilding of the temple and supporting the restoration of the Davidic line.  The second section is not as precise, is not wedded to either temple or kingship, but rather seeing in Alexander a vision similar to the one IInd Isaiah experience with Cyrus the Mede.  Our reading for today falls in the later section, which centers on a messianic vision that includes the whole of the country, not just Jerusalem.  Here we see a kingly presence, one who is victorious, and who raises the opportunity for hope.  For IInd Isaiah, the person who brought hope was Cyrus the Mede, who indeed freed the Babylonian exiles.  The “messiah” in this reading takes on a similar cast, saving the exiles from a time of deprivation and hopelessness.  The sentiment of the final verses relates quite nicely to the sentiments that Jesus expresses in the final verses of the Gospel reading.
Breaking open Zechariah:
Psalm 145:8-15 Exaltabo te, Deus
The LORD is gracious and full of compassion, *
slow to anger and of great kindness.
The LORD is loving to everyone *
and his compassion is over all his works.
All your works praise you, O LORD, *
and your faithful servants bless you.
They make known the glory of your kingdom *
and speak of your power;
That the peoples may know of your power *
and the glorious splendor of your kingdom.
Your kingdom is an everlasting kingdom; *
your dominion endures throughout all ages.
The LORD is faithful in all his words *
and merciful in all his deeds.
The LORD upholds all those who fall; *
he lifts up those who are bowed down. 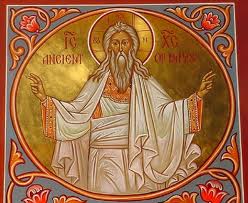 This is the only psalm purposefully designated as a “praise psalm”.  Certainly there are others, especially the last six “hallel” psalms.  This one, however, is specifically designated as such, “A David psalm of praise”.  It is also an acrostic psalm, based on the alphabet.  Your reading starts at verse 8, which is a quotation of Exodus, 34:5 in which the Yahwist proclaims: "The LORD, the LORD, a merciful and gracious God, slow to anger and rich in kindness and fidelity…” What is interesting in this psalm, which celebrates God’s kingship and is its universal character, wishing God’s blessings on all humankind.  This attitude is consonant with the general feeling in the First Reading which is more universal than national, more insightful of God’s rule than David’s.
Breaking open Psalm 145:8-15
1.     In what ways are the psalms nationalistic?
2.     In what ways is this psalm beyond that?
3.     In what ways are these verses consonant with our times, in what ways are they not?
Romans 7:15-25a
I do not understand my own actions. For I do not do what I want, but I do the very thing I hate.  Now if I do what I do not want, I agree that the law is good.  But in fact it is no longer I that do it, but sin that dwells within me.  For I know that nothing good dwells within me, that is, in my flesh. I can will what is right, but I cannot do it.  For I do not do the good I want, but the evil I do not want is what I do.  Now if I do what I do not want, it is no longer I that do it, but sin that dwells within me.
So I find it to be a law that when I want to do what is good, evil lies close at hand.  For I delight in the law of God in my inmost self, but I see in my members another law at war with the law of my mind, making me captive to the law of sin that dwells in my members.  Wretched man that I am! Who will rescue me from this body of death?  Thanks be to God through Jesus Christ our Lord! 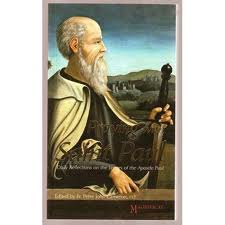 As Paul develops his argument in the letter to the Romans, he lists three points of freedom that come to the Christian devoted to a life in Christ.  The first two freedoms precede our reading for this morning: 1) Freedom from sin and death, and 2) Freedom from self by uniting with Christ.  In our reading today we see the third freedom - the freedom from the Law.  What Paul paints in this argument is a deep psychological conflict between the self, deeply conscious of the reasonableness and holiness of God’s Law against which an indwelling nature of “Sin” weighs heavily and defeats the good intentions of the individual.  Paul paints a whirling dilemma, full of frustration and guilt, until he asks the primary question, “Who will rescue me.”  Finally the hearer becomes aware of the salvation that Paul wishes to underscore.  It is a saving wrought by Jesus Christ.  Since these readings are a continuing reading in Romans, we will hear further arguments in this line.
Breaking open Romans:
Matthew 11:16-19, 25-30
Jesus said to the crowd, "To what will I compare this generation? It is like children sitting in the marketplaces and calling to one another,
`We played the flute for you, and you did not dance;
we wailed, and you did not mourn.'
For John came neither eating nor drinking, and they say, `He has a demon'; the Son of Man came eating and drinking, and they say, `Look, a glutton and a drunkard, a friend of tax collectors and sinners!' Yet wisdom is vindicated by her deeds."
At that time Jesus said, "I thank you, Father, Lord of heaven and earth, because you have hidden these things from the wise and the intelligent and have revealed them to infants; yes, Father, for such was your gracious will. All things have been handed over to me by my Father; and no one knows the Son except the Father, and no one knows the Father except the Son and anyone to whom the Son chooses to reveal him.
"Come to me, all you that are weary and are carrying heavy burdens, and I will give you rest. Take my yoke upon you, and learn from me; for I am gentle and humble in heart, and you will find rest for your souls. For my yoke is easy, and my burden is light."

This reading is really made up of three separate pericopes (sections), with a fourth, (verses 20-24) omitted.  Jesus is attempting to get the hearer to understand the difficulty of his situation by comparing his ministry and personality with that of Saint John the Baptist.  John, the ascetic, is criticized for being an ascetic, and his asceticism is assigned to a demon.  Jesus the rabbi, on the other hand is accused of being a glutton, and for socializing with nere-do-wells.  To make his point Jesus utters a saying about children who are unsatisfied with the game being offered, and desiring something else.  The final sentence, “Wisdom is vindicated by her deeds,” may be an interpolation, comparing Jesus to Wisdom.
The second periscope continues the comparison – this time between the “wise and intelligent” and “infants”.  The wise are the Jewish intelligentsia, the Pharisees and their like.  The infants are the disciples and followers of Jesus, who do not have the conventional wisdom sought after by the elites.  The little ones are in a position to understand.  The claims that Jesus makes here in Matthew sound as though they had come from the Gospel of John (written at a much later date).  Matthew, however, wants to convince the reader of the unique relationship that Jesus has with the Father, and the revelation that comes as a result of that relationship.  The revelation is not like the former disclosure through the prophets, but rather the new revelation in Jesus, disparaged by “this generation.”
Finally, Jesus has an uncanny awareness of the psychological state of his audience, filled with a weariness and fatigue, perhaps stemming from the difficulty of his arguments and teaching.  To such he promises a relief from the weariness of understanding what it is that God offers.  There is still work to be done (Take my yoke) but it offers a greater reward.
Breaking open the Gospel:
After breaking open the Word, you might want to pray the Collect for Sunday:
O God, you have taught us to keep all your commandments by loving you and our neighbor: Grant us the grace of your Holy Spirit, that we may be devoted to you with our whole heart, and united to one another with pure affection; through Jesus Christ our Lord, who lives and reigns with you and the Holy Spirit, one God, for ever and ever. Amen.