Showing posts from January, 2011
Show all

The Fourth Sunday after the Epiphany - 30 January 2011 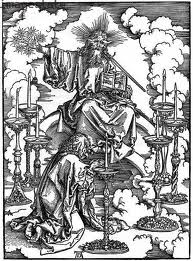 Epiphany IV Micah 6:1-8 Psalm 15 I Corinthians 1:18-31 Saint Matthew 5:1-12 Albrecht Dürer - Apocalypse BACKGROUND – The Prophets I It might be a good time to step back and think about the prophets, what they contributed to the Holy Scriptures, and how they were perceived in the time of their ministry.   The term, prophet, is a Greek translation of the Hebrew word Nabi’ , which indicated some one who was considered to be an authentic spokesperson for a divinity.   In the Hebrew Scriptures, and indeed in early Christianity, it mattered not whether the prophet spoke for YHWH, but rather that he or she spoke the truth.   Thus both Balaam (see the First Reading for this morning) and the Sybil are honored along with the prophets who saw themselves as agents for the Most High.   The notion that prophets were diviners of the future is a much later development.   The original concept was that these men and women spoke God’s will – directed to the time and situation in
Post a Comment
Read more 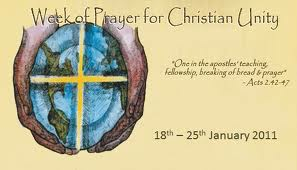 Epiphany III Isaiah 9:1-4 Psalm 27:1, 5-13 I Corinthians 1:10-18 Saint Matthew 4:12-23 BACKGROUND – The Week of Prayer for Christian Unity Beginning on Tuesday, 18 January, The Confession of Saint Peter the Apostle, and lasting until 25 January, The Conversion of Saint Paul, there is an observance of The Week of Prayer for Christian Unity.   This observance, which attempts to keep the hope of Christian Unity alive amongst the various churches, was begun in 1908 by the Graymoor Friars (Franciscan) and the Sisters of the Atonement held the first observance of the octave.   Since that time, through the efforts of the World Council of Churches, Roman Catholics, Orthodox Churches, Anglicans, Lutherans, Methodists, Reformed Churches, Baptists and others have prayed for the unity of the Church. Isaiah 9:1-4 There will be no gloom for those who were in anguish. In the former time he brought into contempt the land of Zebulun and the land of Naphtali, but in the latter time he w
Post a Comment
Read more

The Second Sunday after the Epiphany - 16 January 2011 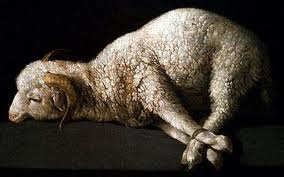 Epiphany II Isaiah 49:1-7 Psalm 40:1-12 I Corinthians 1:1-9 Saint John 1:29-42 BACKGROUND – The Lamb of God The Lamb both as symbol and as actuality appears in numerous places in the Hebrew Scriptures.   The reality of its use as a sacrificial animal (see the story of Cain and Abel, Genesis 4:1-5) is implied in this story, although both goats and sheep were regarded as wealth in the Ancient Near East.   A lamb, however, was the preferred sacrifice in the temple, and soon becomes a symbol of that sacrifice.   It is natural then that Christians quickly identified Jesus with such a sacrifice.   In addition there was the actuality of the Paschal Lamb, the lamb offered up at the Passover, whose blood was painted over the doors of the Israelites in Egypt.   IInd Isaiah in his Suffering Servant Songs (Isaiah 42-53) speaks of this idealized Israel (later identified with Jesus) as a “lamb led to slaughter.”   The lamb appears in numerous places in the Christian Scriptures, tod
Post a Comment
Read more
More posts