Showing posts from January, 2014
Show all

The Presentation of Our Lord (Candlemass), 2 February 2014 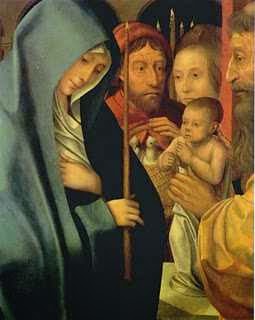 Background:The Presentation of Our Lord This feast day used to be known to us as The Presentation of Our Lord and the Purification of the Blessed Virgin Mary, and in that name lies a history.The feast originated in the Eastern Church as a feast day that celebrated “The Meeting” (Hypapante), although the Armenians call it “the coming of the Son of God into the Temple.It is known in Jerusalem in the fourth century and then was introduced to the Constantinopolitan churches by Justinian in 542 CE.It was first celebrated in the west in the seventh century, found in the sacramentaries of both Gelasius and of Gregory.The day, then, was called “The Purification of Mary,” and the associated procession with candles was introduced at that time, as it appeared in other Marian feasts.Originally the procession had a penitential aspect to it, and purple vestments were worn.
As the day evolve…
Post a Comment
Read more

The Third Sunday after the Epiphany, 26 January 2014 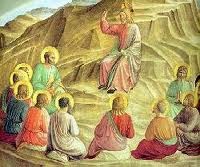 Background:The Sundays after the Epiphany
When I arrived at All Saints’ on Sunday, after having been away for a couple of Sundays, I was surprised to see that they used the Wedding at Cana Gospel for last Sunday (Epiphany II) thus preserving all three of the Orthodox emphases at the Epiphany (The Magi, The Baptism, The First Sign).These readings are a good launching point for what is to follow, and the discarded Gospel reading for last Sunday (Behold the Lamb of God) would be an excellent starting point as well.These Sundays are interrupted this year by the Presentation of Our Lord (2 February), however the themes will still remain, especially in the Nunc Dimittis, the song of Simeon.It is interesting that we sometime become way laid by the event-driven nature of the Festival Half of the Liturgical Year, and it is these Sundays that are the antidote.If you look at the…
Post a Comment
Read more
More posts