Showing posts from November, 2016
Show all

The Second Sunday of Advent, 4 December 2016 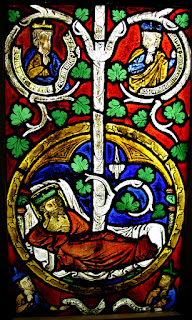 The Second Sunday of Advent, 4 December 2016 Isaiah 11:1-10 Psalm 72:1-7, 18-19 Romans 15:4-13 Saint Matthew 3:1-12 Background: The Jesse Tree The first reading for this morning is the genesis for what is known as the Jesse Tree, Jesse being the father of David, and Jesus the virga Jesse or branch of Jesse. It was most popular during the mediaeval period, when there was a widespread concern with genealogy and the relatedness of families and fortunes through marriage and childbirth. Thus there was a similar concern with the provenance of Jesus as well. It was a concern shared at least by Matthew and Luke, both of which Gospel writers include genealogies of Jesus. Matthew describes his in descending order, while Luke’s is written in an ascending order. The concern was to show the connection with royal David. The lineage, portrayed by means of the tree, began to be widely depicted during the mediaeval period, and can be found in churches and cathedrals throug
Post a Comment
Read more 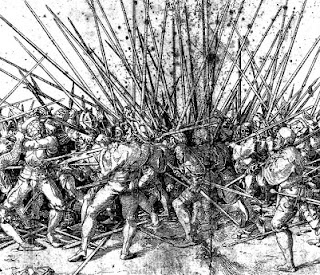 The First Sunday of Advent, 27 November 2016 Isaiah 2:1-5 Psalm 122 Romans 13:11-14 Saint Matthew 24:36-44 Background: Christian apocalyptic Rooted in the frenzy of opposition by Jewish writers during the Seleucid Period that gave birth to apocalyptic literature, and extending well into the 13 th Century, Christian apocalyptic used its Jewish cousin to explain and sort out the troubles of its own problems.   We find apocalyptic material in three of the gospels, some sections of the Pauline corpus, and it is most evident in the Revelation to Saint John the Divine. All of these stems exhibit features of extreme and often esoteric language, visions, imminence of judgment and a crisis of salvation. For a young movement mistrusted by its progenitors, and running against the social grain of the Roman Empire, such expressed fears were not specious, but rather seen in daily life and in the reaction of government and religious authorities. As our times seem to unwind i
Post a Comment
Read more
More posts