Showing posts from January, 2017
Show all

The Sixth Sunday after the Epiphany, 12 February 2017 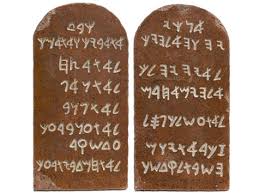 The Sixth Sunday after the Epiphany, 12 February 2017 Deuteronomy 30:15-20 or Sirach 15:15-20 Psalm 119:1-8 I Corinthians 3:1-9 Saint Matthew 5:21-37 Background: The Words The injunctions that are preserved for us in Exodus 20:1-17 and in Deuteronomy 5:6-21 , are not necessarily ten in number (they can be parsed in a variety of ways) but they are concise and brief, and easily remembered. Some scholars have seen them as being much shorter in their original version, with material of an explanatory nature being added at a later date. The Hebrew is very condensed, with some of the words (6, 7, and 8) being composed of only two words or three syllables. Since this is in some sense legal language describing the “contract” between YHWH and the people, it would have been incised into stone, as would any document of such importance. The expansion of the words with explanatory phrases was accomplished, perhaps, when the words were consigned to the medium of parchment/pa
Post a Comment
Read more

The Fifth Sunday after the Epiphany, 5 February 2017 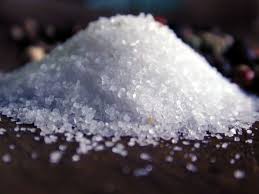 The Fifth Sunday after the Epiphany, 5 February 2017 Isaiah 58:1-9a [9b-12] Psalm 112:1-9 [10] I Corinthians 2:1-12, [13-16] Saint Matthew 5:13-20 Background: Salt An essential component of life, salt has been processed from 8,000 BCE, when in what is modern day Romania, people were boiling spring water in order to produce salt for use as a flavoring or as a preservative. The ancient world valued salt, indeed our modern word “salary” has its origins in the Latin word for salt, sal, a means of payment for the Roman army. It was the basis of trade over both land by caravan, and by sea by boats plying the Mediterranean waters. It became a means for barter, and was also used in religious ceremonies as well. At the time of a new moon, salt was thrown into a fire. It is mixed with ordinary water in preparing Holy Water for use in Baptisms, and in holy water stoops in churches. The Hebrew Scripture refer to salt some thirty-five times. From the etiological story of
Post a Comment
Read more
More posts