Showing posts from May, 2019
Show all

The Seventh Sunday of Easter – 2 June 2013 Acts 16:16-34 Psalm 97 Revelation 22:12-14, 16-17, 20-21 Saint John 17:20-26 Background: Divination There were several forms of divination in the ancient world, and it ranged from social respectability to being seen as a sham. The various forms of divination were omens, cleromancy (the casting of lots), augury (using sacrificed animals, the flight of birds, or the patterns of a rooster), or spontaneous divination. It was always seen as being wisdom offered from either gods or spirits, as in today’s first reading. Here the woman is described as having a “spirit”, and she cries out the knowledge that other spirits had divulged about the apostles’ purpose and status. Divination is described in the Hebrew Scriptures as forbidden, and yet it was used in some forms. The divining stones  urim  and  thummin  are cited along with Gideon’s wool.    The “casting of lots” is known in the New Testament. The practice among the Gree
Post a Comment
Read more 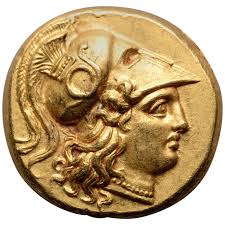 From Rome: The Sixth Sunday of Easter - 26 May 2019 Acts 16:9-15 Psalm 67 Revelation 21:10, 22-22:5 Saint John 14:23-29, or St. John 5:1-9 Background: Macedonia The reading from Acts reacquaints us with an ancient power that certainly influenced the development not only of post-exilic Judaism, but also of an emerging Christianity as well. The Hellenism that resulted from the expansionist policies of Philip II and his son Alexander served as not only a cultural leaven, but as a religious stimulant as well. The forced policies of the Seleucid kings upon the Jews of Palestine resulted in a strong rabbinic tradition and in the development of the synagogue. The Macedonia that called to Paul was a mere shadow of what it once was having being decisively defeated by the Romans in the second century BCE. It was under direct Roman rule following 149 BCE, becoming the Roman Province of Macedonia. Thus it is into a decidedly Roman culture that Paul is called to do mi
Post a Comment
Read more
More posts