Showing posts from December, 2017
Show all

The First Sunday after Christmas, 31 December 2017 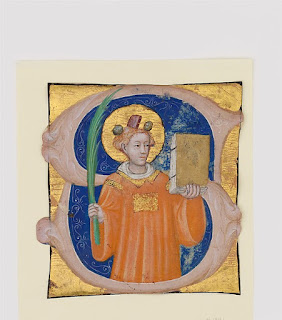 
Background: The Three Days
Often missed in parish life, are the three days that follow The Nativity of Our Lord, Christmas Day. They are instructive to those who wish to follow Jesus in the days that honor his birth, for they describe what is required of those who will follow. The Days honor St. Stephen the First Martyr (26 December), St. John Apostle and Evangelist (27 December), and The Holy Innocents (28 December). The dates in the Eastern Church depend on whether the Gregorian (beginning 9 January) or Julian Calendar (1 day later in December) is being used. Some have described these saints in terms of martyrdom: Stephen martyr and will and in deed, John martyr in will but not in deed, and the Innocents martyr not in will but in deed. Each of the days explores an aspect of following Christ and grants a certain depth to the holiday that they follow. Each of them had or has customs that …
Post a Comment
Read more 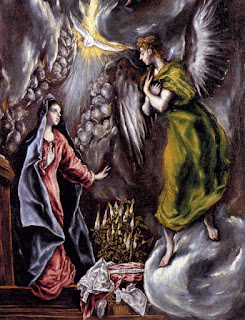 
Background: The Annunciation
The Gospel for this Fourth Sunday of Advent is also the reading for The Feast of the Annunciation celebrated on 25 March. Both Christmas and the Annunciation are celebrated at proximate points to the winter solstice and the vernal equinox, a sign of how the liturgical year has incorporated the calendar of some ancient feasts. In the Eastern Church this day is one of the Great Feasts. The feast is celebrated widely in the liturgical churches, Eastern, Roman, Anglican, and Lutheran. The day was known as Lady Day in England, and was New Year’s Day in many Christian Countries, until it was moved to 1 January by Charles IX of France. In England all servile work was banned on this day making it a day of rest.
First Reading: II Samuel 7:1-11, 16
When the king was settled in his house, and the Lord had given him rest from all his en…
Post a Comment
Read more
More posts