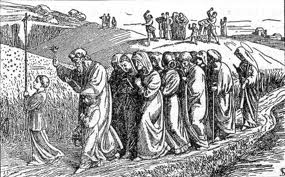 Background: Rogation Days
This background topic should have been last weeks, however it will be good for us to look at the practice despite the time discrepancy.  Originally there were several days in which Rogation Processions were held and at various points in the year.  Usage depended on the local situation.  The procession along with an accompanying blessing of the fields was originally celebrated on the 25th of April, with another three days on the Monday, Tuesday, and Wednesday preceding The Feast of the Ascension.  These latter three days originated in France, and the whole practice may have been an answer to the pagan Robigalia processions on 25 April.  The practice is to sing the Litany of the Saints while processing through the fields and gardens being blessed.  In some Anglican Churches there is a procession around the parish at this time.  In a time when we have little connection with where our food is grown or produced, this might be a good time to get back to the earth, and remember those who are responsible for setting food on our tables.

Acts 1:15-17, 21-26
In those days Peter stood up among the believers (together the crowd numbered about one hundred twenty persons) and said, "Friends, the scripture had to be fulfilled, which the Holy Spirit through David foretold concerning Judas, who became a guide for those who arrested Jesus-- for he was numbered among us and was allotted his share in this ministry.

So one of the men who have accompanied us during all the time that the Lord Jesus went in and out among us, beginning from the baptism of John until the day when he was taken up from us-- one of these must become a witness with us to his resurrection." So they proposed two, Joseph called Barsabbas, who was also known as Justus, and Matthias. Then they prayed and said, "Lord, you know everyone's heart. Show us which one of these two you have chosen to take the place in this ministry and apostleship from which Judas turned aside to go to his own place." And they cast lots for them, and the lot fell on Matthias; and he was added to the eleven apostles.

The translation of this text, or at least its initial phrase, is disappointing in that it takes away the focus of the remainder of the reading.  The concern here is the completion of “the Twelve” following the death of Judas.  There is a concern in Luke about “the brotherhood” which in this translation is replaced with “the believers”.  The title “apostle” will not appear on the scene for some time yet, but what Luke wants to ensure is the integrity of the Twelve.  Subtly, he enumerates the qualities that members of this exclusive brotherhood must possess.  The must have “accompanied us” during all the phases of Jesus’ mission, and must be “a witness” to the resurrection.  This pause in the trajectory from Easter to Pentecost falls after the last of the appearances (The Ascension), and before the Pentecost event, which will go on further to define the qualities of the Twelve and lay the foundation for the apostolate.

Happy are they who have not walked in the counsel of the wicked, *
nor lingered in the way of sinners,
nor sat in the seats of the scornful!

Their delight is in the law of the LORD, *
and they meditate on his law day and night.

They are like trees planted by streams of water,
bearing fruit in due season, with leaves that do not wither; *
everything they do shall prosper.

It is not so with the wicked; *
they are like chaff which the wind blows away.

Therefore the wicked shall not stand upright when judgment comes, *
nor the sinner in the council of the righteous. 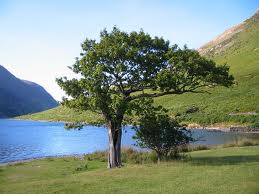 This is a wisdom psalm that reflects the almost universal mode in the ancient near east of extoling the virtues of common-sense living.  The verbs in the first verse are almost a small journey in themselves.  One walks, one lingers (or stands), one sits.  A negative precedes all of this, for the truly blessed (happy) are those who have not walked, stood, or sat in these places.  What follows are a series of metaphors devoted to the Law.  In the arid lands in which these verses were written, it was necessary for a tree to be planted next to running water, otherwise it would die.  Riffing on the notion of standing, the 4th verse comments on the ability of the wicked to stand on legs of chaff – it is impossible.  The verb “knowing” in the final verse is more intimate than the English “knowing” would admit.  Given the circumstances, the word can indicate intimacy of a sexual nature.  Here God intimately knows the righteous ones; they are embraced by him.

I write these things to you who believe in the name of the Son of God, so that you may know that you have eternal life. 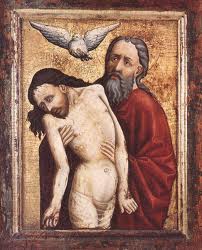 Throughout the Gospel of John we are taught to recognize the relationship of the Father and the Son.  So it is in the First Epistle as well.  Following the verses that precede this reading (I John 5:1-6), which was last Sunday's second reading, we hear of another witness other than that of the Spirit (mentioned in the preceding verses).  Here John wants us to understand the witness that God makes to God’s Son.  What confirms the veracity of this witness?  Nothing other than the gift of eternal life.  The gift of the Son is the gift of eternal life, and the confirmation of God’s testimony to us. 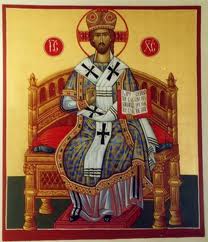 The Lutheran theologian Chytraeus (1530-1600) first described this prayer of Jesus as “The High-Priestly Prayer” of Jesus.  In it, Jesus consecrates his body and blood for the sacrifice that is about to made on the cross.  Also in the prayer there are benedictions and blessings for those who will become his new body in the Body of Christ – the Church.  Jesus describes the nature of the church: the disciples that belong to both God and to Jesus, the need for protection from God, and the model of unity.  There is a new entity created here and the disciples are the new priests operating under a new Law that is divorced from the world.  Their holiness and righteousness abides in the truth that Jesus is given by the Father, and that is in turn made know to the world.

O God, the King of glory, you have exalted your only Son Jesus Christ with great triumph to your kingdom in heaven: Do not leave us comfortless, but send us your Holy Spirit to strengthen us, and exalt us to that place where our Savior Christ has gone before; who lives and reigns with you and the Holy Spirit, one God, in glory everlasting. Amen.