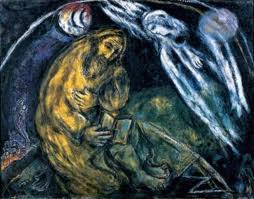 Background: Jeremiah
Jeremiah came from a priestly family that were landowners as well, and was principally active as a prophet from the thirteenth year of King Josiah’s reign, 626 BCE, until after the fall of Jerusalem to the Babylonians in 587 BCE.  He is known as the “weeping prophet” who lamented the destruction that would come upon the Kingdom of Judah due to their abandonment of the God of Israel.  Jeremiah is considered a major prophet in Judaism, and is equally honored by Islam and Christianity.  He lived at a politically difficult time, when the kings after Josiah abandoned his religious reforms and turned to political answers in dealing with the geo-politics of the time.  It was against these policies that Jeremiah raged, and he was treated poorly for it, attacked by his own family, by the priestly caste, the royal family, and by other prophets.  He was imprisoned several times, and finally freed by Nebuchadnezzar.  His life ended as an exile in Egypt.

Woe to the shepherds who destroy and scatter the sheep of my pasture! says the LORD. Therefore thus says the LORD, the God of Israel, concerning the shepherds who shepherd my people: It is you who have scattered my flock, and have driven them away, and you have not attended to them. So I will attend to you for your evil doings, says the LORD. Then I myself will gather the remnant of my flock out of all the lands where I have driven them, and I will bring them back to their fold, and they shall be fruitful and multiply. I will raise up shepherds over them who will shepherd them, and they shall not fear any longer, or be dismayed, nor shall any be missing, says the LORD.

The days are surely coming, says the LORD, when I will raise up for David a righteous Branch, and he shall reign as king and deal wisely, and shall execute justice and righteousness in the land. In his days Judah will be saved and Israel will live in safety. And this is the name by which he will be called: "The LORD is our righteousness." 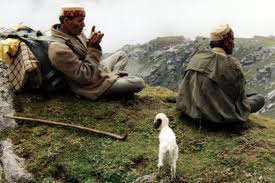 We need to be clear on terms here.  The shepherds that the prophet mentions are the kings of Judah who have been unfaithful to YHWH.  It is because of their infidelity that God has condemned them and judged them in the actions of the larger powers that surround them.  In this passage we meet a principal concept for Jeremiah – that of the “remnant”, the few that remained faithful to God.  The “flock” designates the people of the kingdom who have been left to stray by the willfulness of their rulers.  These God shall gather up again, and “raise up new shepherds” to guide them.

The final paragraph in this pericope also contains and lively and striking model of Jeremiah’s preaching – that of the “righteous branch”.  The ancient tree of the Davidic line must be cut down, but a righteous branch – a sprout will come forth and in it is the promise of a new messianic kingship.  The transformation will be complete, and Jeremiah supplies a new name for this new king, a reworking of King Zedekiah’s name (YHWH is our justice) into a new throne name, “YHWH is our righteousness”.

The LORD is my shepherd; *
I shall not be in want.

He makes me lie down in green pastures *
and leads me beside still waters.

He revives my soul *
and guides me along right pathways for his Name's sake.

Though I walk through the valley of the shadow of death,
I shall fear no evil; *
for you are with me;
your rod and your staff, they comfort me.

You spread a table before me in the presence of those
who trouble me; *
you have anointed my head with oil,
and my cup is running over.

Surely your goodness and mercy shall follow me all the days of my life, *
and I will dwell in the house of the LORD for ever. 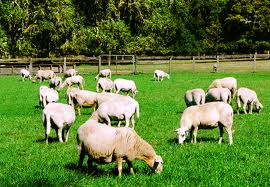 This psalm provides liturgical commentary on the first reading.  Here, however, the shepherd is YHWH, not the king.  In the psalm is modeled the behavior of a righteous shepherd, whose behaviors are drawn from the pastoral context of Judah’s past.  The green meadows and the quiet waters hark back to the “land of milk and honey” as the prosperity of Canaan was described in earlier days.  But all is not sweetness and light.  Just as it was in Jeremiah’s time, there is the “valley of the shadow of death” which can be seen as either individual or corporate destiny.  Even here, YHWH provides and ministers, just as the messianic king, promised by Jeremiah.

Remember that at one time you Gentiles by birth, called "the uncircumcision" by those who are called "the circumcision" -- a physical circumcision made in the flesh by human hands-- remember that you were at that time without Christ, being aliens from the commonwealth of Israel, and strangers to the covenants of promise, having no hope and without God in the world. But now in Christ Jesus you who once were far off have been brought near by the blood of Christ. For he is our peace; in his flesh he has made both groups into one and has broken down the dividing wall, that is, the hostility between us. He has abolished the law with its commandments and ordinances, that he might create in himself one new humanity in place of the two, thus making peace, and might reconcile both groups to God in one body through the cross, thus putting to death that hostility through it. So he came and proclaimed peace to you who were far off and peace to those who were near; for through him both of us have access in one Spirit to the Father. So then you are no longer strangers and aliens, but you are citizens with the saints and also members of the household of God, built upon the foundation of the apostles and prophets, with Christ Jesus himself as the cornerstone. In him the whole structure is joined together and grows into a holy temple in the Lord; in whom you also are built together spiritually into a dwelling place for God. 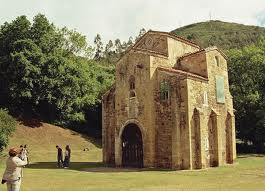 Just as Jeremiah did, St. Paul envisions a new community, a new “nation” as he speaks to the Ephesians about their movement from being “alien” to becoming fellow citizens.  Just like the new kingdom promised by Jeremiah, led by the messianic king, so under Christ a new Israel is formed, “brought near by the blood of Christ.”  Paul then moves to a new metaphor, using the model of a building with Christ as the cornerstone, and the people of God (saints, prophets, apostles, and the household of faith) gathered into and within the structure.  Jeremiah’s promises were made after the Temple was destroyed.  Paul’s promises look forward to a “holy temple in the Lord.”

The apostles gathered around Jesus, and told him all that they had done and taught. He said to them, "Come away to a deserted place all by yourselves and rest a while." For many were coming and going, and they had no leisure even to eat. And they went away in the boat to a deserted place by themselves. Now many saw them going and recognized them, and they hurried there on foot from all the towns and arrived ahead of them. As he went ashore, he saw a great crowd; and he had compassion for them, because they were like sheep without a shepherd; and he began to teach them many things.

When they had crossed over, they came to land at Gennesaret and moored the boat. When they got out of the boat, people at once recognized him, and rushed about that whole region and began to bring the sick on mats to wherever they heard he was. And wherever he went, into villages or cities or farms, they laid the sick in the marketplaces, and begged him that they might touch even the fringe of his cloak; and all who touched it were healed. 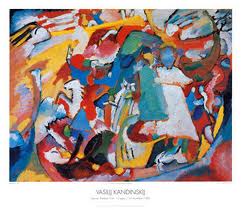 The theme of shepherds does not easily leave us today.  As Jesus attempts to gather his disciples into a quiet place in the wilderness for refreshment and inspiration, the crowds will not leave him alone.  (This “retreat”, if you will, may have been in response to the murder of John the Baptist by Herod.) In spite of his original aims, Jesus, the Good Shepherd, cannot see the crowds without having compassion for them.  Mark describes them as “sheep without a shepherd.”  The verb that captures our imagination here is “recognized”.  This crowd, aimless and wandering, recognizes what promises there are at the hand of Jesus.  What these people bring to Jesus are the signs of the messianic kingdom: healing, teaching, community, and faith.

Almighty God, the fountain of all wisdom, you know our necessities before we ask and our ignorance in asking: Have compassion on our weakness, and mercifully give us those things which for our unworthiness we dare not, and for our blindness we cannot ask; through the worthiness of your Son Jesus Christ our Lord, who lives and reigns with you and the Holy Spirit, one God, now and for ever. Amen.