The Last Sunday after Pentecost - Christ the King, 20 November 2011 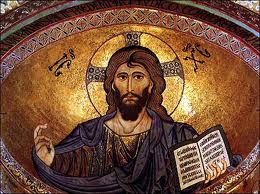 Background: Christ the King
The Feast of Christ the King (in the Book of Common Prayer “The Last Sunday after Pentecost – Christ the King) has its roots in an encyclical, Quas Primas, issued by Pope Pius XI in 1925.  The feast was a rejoinder to the developing secularism in 20th Century Italy, specifically to the politics of Benito Mussolini.  Under Paul VI (1969), the date was moved to the last Sunday of the Church Year, and was given the highest rank, a solemnity.  The feast found its way into Anglican, Lutheran, and other mainstream lectionaries in the liturgical revisions that followed Vatican II, and was further ensconced in the Revised Common Lectionary, where it was appropriated by a wide variety of protestant churches.  The collect in the Book of Common Prayer is modeled after the Roman collect.
Ezekiel 34:11-16, 20-24
Thus says the Lord GOD: I myself will search for my sheep, and will seek them out. As shepherds seek out their flocks when they are among their scattered sheep, so I will seek out my sheep. I will rescue them from all the places to which they have been scattered on a day of clouds and thick darkness. I will bring them out from the peoples and gather them from the countries, and will bring them into their own land; and I will feed them on the mountains of Israel, by the watercourses, and in all the inhabited parts of the land. I will feed them with good pasture, and the mountain heights of Israel shall be their pasture; there they shall lie down in good grazing land, and they shall feed on rich pasture on the mountains of Israel. I myself will be the shepherd of my sheep, and I will make them lie down, says the Lord GOD. I will seek the lost, and I will bring back the strayed, and I will bind up the injured, and I will strengthen the weak, but the fat and the strong I will destroy. I will feed them with justice.
Therefore, thus says the Lord GOD to them: I myself will judge between the fat sheep and the lean sheep. Because you pushed with flank and shoulder, and butted at all the weak animals with your horns until you scattered them far and wide, I will save my flock, and they shall no longer be ravaged; and I will judge between sheep and sheep.
I will set up over them one shepherd, my servant David, and he shall feed them: he shall feed them and be their shepherd. And I, the LORD, will be their God, and my servant David shall be prince among them; I, the LORD, have spoken. 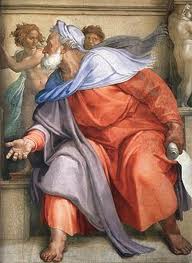 Ezekiel was an intense prophet who wrote in the sixth century BCE.  He wrote from the perspective of the exile, those who had been moved from Jerusalem to Babylon, and perhaps from the viewpoint of those left behind as well.  These particular passages are deep within a section of Ezekiel that is devoted to the “Restoration”.  In this context, the concern is not so much the restoration of the Temple or even of the Monarchy, although the figure of David is prominent.  Rather, the concern is the restoration of the relationship of the people and YHWH.  In this reading, YHWH becomes the pre-eminent shepherd, the primary model for priest, prophet, and people.  Verses 11 – 16 seem to model themselves on or recall the images of the 23rd psalm, and then move beyond that to name YHWH as the shepherd.  The stress is on seeking the lost and welcoming those who returned, which much have been the reality of the time.
The second section contrasts the shepherding of YHWH with that of other prophets and priests, which were disparaged in earlier sections of the book, (see chapters 12-24).  Here YHWH shows them up as shepherds only interested in profit, where as God is interested in serving as a righteous judge.  Under God’s acts of recovery and gentle judgment, these sheep will be given to “my servant David”.  Here Ezekiel does not name David as “king” but rather as “prince” – the chief, the most distinguished of all the sheep.  This reading is related to the Gospel for the Day where Jesus is portrayed in the guise of the judge, who rules between the sheep and the goats.
Breaking open Ezekiel:
Psalm 95:1-7a Venite, exultemus
Come, let us sing to the LORD; *
let us shout for joy to the Rock of our salvation.
Let us come before his presence with thanksgiving *
and raise a loud shout to him with psalms.
For the LORD is a great God, *
and a great King above all gods.
In his hand are the caverns of the earth, *
and the heights of the hills are his also.
The sea is his, for he made it, *
and his hands have molded the dry land.
Come, let us bow down, and bend the knee, *
and kneel before the LORD our Maker.
For he is our God,
and we are the people of his pasture and the sheep of his hand. 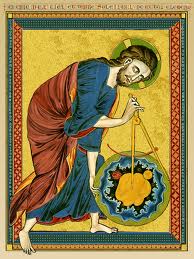 Episcopalians will recognize in this psalm the Venite, from Morning Prayer.  The image that captures our attention today is verse seven where YHWH is seen as the shepherd, and we as the sheep.  The early verses of the psalm betray an earlier understanding of God among the gods, where YHWH was seen as preeminent among the other national Gods.  We see similar views in other psalms and in the book of Job, as well.  Later the image will be of the one God, but we are not there yet.  Here God is an example to all of the Gods and to his people as well.  He is the author and keeper of creation.  All of this gives the individual human the urge to worship and to sing praise.
Breaking open Psalm 95
Ephesians 1:15-23
I have heard of your faith in the Lord Jesus and your love toward all the saints, and for this reason I do not cease to give thanks for you as I remember you in my prayers. I pray that the God of our Lord Jesus Christ, the Father of glory, may give you a spirit of wisdom and revelation as you come to know him, so that, with the eyes of your heart enlightened, you may know what is the hope to which he has called you, what are the riches of his glorious inheritance among the saints, and what is the immeasurable greatness of his power for us who believe, according to the working of his great power. God put this power to work in Christ when he raised him from the dead and seated him at his right hand in the heavenly places, far above all rule and authority and power and dominion, and above every name that is named, not only in this age but also in the age to come. And he has put all things under his feet and has made him the head over all things for the church, which is his body, the fullness of him who fills all in all. 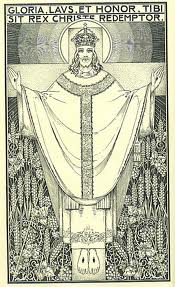 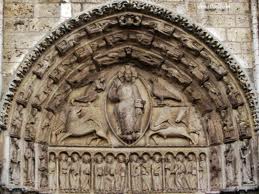 In this reading, Matthew takes and imaginary scene, a time of judgment, and enfolds the essential teachings of Jesus.  The scenery may distract us from what it is that Matthew truly wants us to hear:  the blessings of the Kingdom of Heaven, the works of the righteous (giving food, drink, and clothing, housing, healing, comforting).  Such works seem as invisible reactions on the part of the redeemed, and impossible impediments to those who struggle with salvation.  Most compelling is Jesus association with those who are in need “when you did it to the least of these”.  Here is the dividing point, doing for others, and doing for Christ.  The ultimate stewardship.
Breaking open the Gospel:
After breaking open the Word, you might want to pray the Collect for Sunday:
Almighty and everlasting God, whose will it is to restore all things in your well beloved Son, the King of kings and Lord of lords: Mercifully grant that the peoples of the earth, divided and enslaved by sin, may be freed and brought together under his most gracious rule; who lives and reigns with you and the Holy Spirit, one God, now and for ever. Amen.