Trinity Sunday, The First Sunday after Pentecost, 30 May 2010 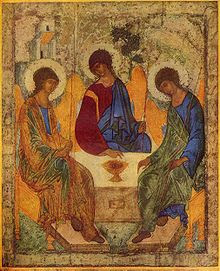 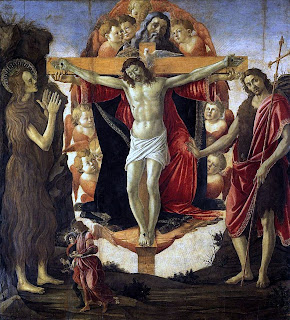 Breaking open Romans:
Saint John 16:12-15
Jesus said to the disciples, "I still have many things to say to you, but you cannot bear them now. When the Spirit of truth comes, he will guide you into all the truth; for he will not speak on his own, but will speak whatever he hears, and he will declare to you the things that are to come. He will glorify me, because he will take what is mine and declare it to you. All that the Father has is mine. For this reason I said that he will take what is mine and declare it to you."
How confusing it must have been for the disciples, who hoped against hope that this Jesus was the Messiah.  Now, as things slowly unfold before them, they begin to understand that all the traditional language and descriptions of the Messiah’s coming where not holding true here.  They don’t know what to think.  Jesus understands, and bluntly says to them, “you cannot bear them now.”  I often wonder if we are not indeed in the same situation as the disciples, not being able to bear what it is that Jesus wants for us to know.  Jesus, however, introduces (as he continuously does in this so-called Farewell Discourse) the notion of the “Spirit of truth.”  This is a spirit that conveys the message and the importance of what is to come (namely, the Eucharist, the Passion and the Resurrection.)  What is intriguing about this passage is the comment of Jesus, “for he will not speak on his own.”  All too often, our thoughts about the Trinity are sectioned and parsed out into three distinct individuals.  We become guilty of betraying the monotheism that we profess to confess.  The vision in John is of the Word (and in that concept are bound up the creating word, the breath, the spirit, the message, all that God is) that is the word to the world.  There is a unity here of which we ought to take heed. 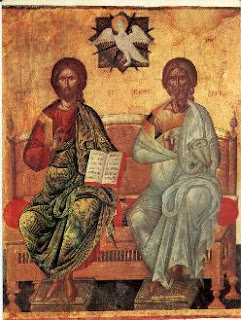 Breaking open the Gospel:
After breaking open the Word, you might want to pray the Collect for Sunday:
Almighty and everlasting God, you have given to us your servants grace, by the confession of a true faith, to acknowledge the glory of the eternal Trinity, and in the power of your divine Majesty to worship the Unity: Keep us steadfast in this faith and worship, and bring us at last to see you in your one and eternal glory, O Father; who with the Son and the Holy Spirit live and reign, one God, for ever and ever. Amen.