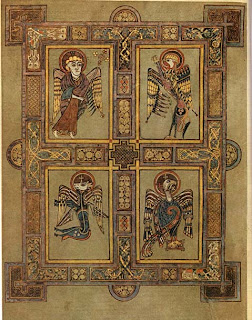 The Four Gospels
BACKGROUND
A quick word about the composition of the Gospels: With today’s Gospel, and its version of the Our Father, recorded by St. Luke, we get a glimpse of how these materials came together.  Mark is the earliest, shortest, and simplest of the four Gospels, and both Matthew and Luke depend on Mark.  In addition they depend on a hypothetical common source called “Q” (which stands for the German word Quelle, which means “Source”), and each of them on separate traditions peculiar to each of them.  Mark, Matthew, and Luke are called the “Synoptic” (that is, “with one eye”) Gospels. John, on the other hand is dependent on none of these materials, having his own chronology, themes, sayings, and symbols.  If there is any correspondence between the synoptics and John, it is to Luke.  Reading the Gospels, and paying attention to the various readings and differences enriches the reading, and give us space for thinking through how we perceive these stories of Jesus and the Good News that he tells.
Genesis 18:20-32
The LORD said to Abraham, "How great is the outcry against Sodom and Gomorrah and how very grave their sin! I must go down and see whether they have done altogether according to the outcry that has come to me; and if not, I will know."
So the men turned from there, and went toward Sodom, while Abraham remained standing before the LORD. Then Abraham came near and said, "Will you indeed sweep away the righteous with the wicked? Suppose there are fifty righteous within the city; will you then sweep away the place and not forgive it for the fifty righteous who are in it? Far be it from you to do such a thing, to slay the righteous with the wicked, so that the righteous fare as the wicked! Far be that from you! Shall not the Judge of all the earth do what is just?" And the LORD said, "If I find at Sodom fifty righteous in the city, I will forgive the whole place for their sake." Abraham answered, "Let me take it upon myself to speak to the Lord, I who am but dust and ashes. Suppose five of the fifty righteous are lacking? Will you destroy the whole city for lack of five?" And he said, "I will not destroy it if I find forty-five there." Again he spoke to him, "Suppose forty are found there." He answered, "For the sake of forty I will not do it." Then he said, "Oh do not let the Lord be angry if I speak. Suppose thirty are found there." He answered, "I will not do it, if I find thirty there." He said, "Let me take it upon myself to speak to the Lord. Suppose twenty are found there." He answered, "For the sake of twenty I will not destroy it." Then he said, "Oh do not let the Lord be angry if I speak just once more. Suppose ten are found there." He answered, "For the sake of ten I will not destroy it."
This will be a lesson that American hearers will be hard pressed to understand.  The theological dilemma is old, and its expression in communities has been varied.  In American life, the individual is dominant, sometimes to the detriment of the collective.  In the Ancient Near East, however, the opposite was true.  It was the collective that counted and not the individual, and it is here that we come to the nub of the bargaining that Abraham has with Yahweh, and the unique place that Abraham holds in the theological scheme of things.  The question is this: Must the righteous “one” suffer because of the sins of the many?  This particular reading is not concerned with the nature of the sins of Sodom and Gomorrah but rather who must pay.  The Book of Job explores similar questions about the righteous and suffering.  Thus Abraham, the unique righteous individual, the “one”, recognized by Yahweh, haggles with Yahweh over the fate of the righteous people of Sodom.  Abraham stops at ten, and one wonders what might have happened if he had fought for “one”.  Abraham is that “one” and his family (the collective extension of the “one”) is saved due to his righteousness.  The sins of the many must now be reckoned with.
Breaking open Genesis:
1.     What comes into your mind when you think of Sodom and Gomorrah?
2.     Have you ever argued or bargained with God?  If not, why not?
3.     Is there such a thing as collective guilt?  How does an individual participate in the collective guilt?
4.     Can you think of an example of collective guilt? 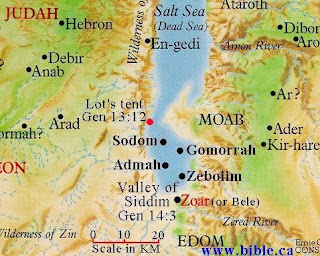 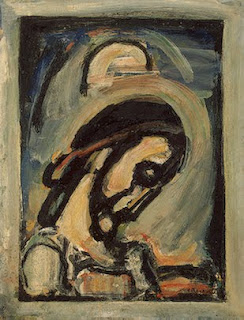 Breaking open the Gospel:
After breaking open the Word, you might want to pray the Collect for Sunday:
O God, the protector of all who trust in you, without whom nothing is strong, nothing is holy: Increase and multiply upon us your mercy; that, with you as our ruler and guide, we may so pass through things temporal, that we lose not the things eternal; through Jesus Christ our Lord, who lives and reigns with you and the Holy Spirit, one God, for ever and ever. Amen.