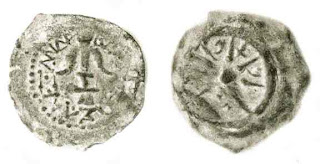 The Readings for Proper 27

After the festivities of All Saints’ Day, followed by All Souls’ Day on 2 November, we return to Ordinary Time.  The mood of these days, however, is becoming darker as we journey to the end of the Church Year, which culminates (in terms of Sundays) with The Feast of Christ the King on 22 November.  These readings about the end of time will send shadows into the first readings for the coming Advent Season as well, but we shall look at that in coming weeks.

The first reading is from one of the historical books, I Kings.  This collection of books (I and II Kings) was probably compiled from a variety of sources when Jews began to return to Palestine (ca. 561 – 538).  The purpose was elementary – to reacquaint the people with their history and former kings and leaders.  The collection is in parallel to the Chronicles (two books as well) which was probably written later.  Kings comes in on the side of the prophetic office and kingship, while Chronicles is more concerned with the Levitical (priestly) office.  The epistle is a continuing reading from Hebrews, a book in which Christ is compared to and explained by the models of priestly service and the Jerusalem temple.  The Gospel is from Mark, the first of the Gospels.

The word of the LORD came to Elijah, saying, "Go now to Zarephath, which belongs to Sidon, and live there; for I have commanded a widow there to feed you." So he set out and went to Zarephath. When he came to the gate of the town, a widow was there gathering sticks; he called to her and said, "Bring me a little water in a vessel, so that I may drink." As she was going to bring it, he called to her and said, "Bring me a morsel of bread in your hand." But she said, "As the LORD your God lives, I have nothing baked, only a handful of meal in a jar, and a little oil in a jug; I am now gathering a couple of sticks, so that I may go home and prepare it for myself and my son, that we may eat it, and die." Elijah said to her, "Do not be afraid; go and do as you have said; but first make me a little cake of it and bring it to me, and afterwards make something for yourself and your son. For thus says the LORD the God of Israel: The jar of meal will not be emptied and the jug of oil will not fail until the day that the LORD sends rain on the earth." She went and did as Elijah said, so that she as well as he and her household ate for many days. The jar of meal was not emptied, neither did the jug of oil fail, according to the word of the LORD that he spoke by Elijah.

The Book of Kings chronicles both the Kingdom of Judah (the South) and the Kingdom of Israel (the North).  Following the reign of Solomon, the David empire was split in to two kingdoms.  In this reading we meet Elijah, the great prophet, who, having survived a great drought and a contest with the priests of Ba’al, finds himself at the doorstep of a poor widow.  The reading serves as a contrast and historical precedent to the reading in the Gospel, where we meet another widow.  In this reading, the prophet asks a sacrifice of the woman – actually asks everything of her.  This widow may serve as a model of Israel (…that we may eat it and die).  Elijah railed against what was happening in the Northern Kingdom, and indeed it did happen, with the Assyrians coming in a deporting everyone, and replacing them with other peoples (hence the Jew’s distrust of the “Samaritans” – who were considered half-breeds, and not truly Jewish.  Eljiah’s job is to show that all is not lost, in spite of the dire times, and so he demands the woman’s sacrifice of oil, and flour.

Breaking Open the Wisdom of Solomon:

I will praise the LORD as long as I live;

I will sing praises to my God while I have my being.

Put not your trust in rulers, nor in any child of earth, *

for there is no help in them.

When they breathe their last, they return to earth, *

and in that day their thoughts perish.

Happy are they who have the God of Jacob for their help!*

whose hope is in the LORD their God;

Who made heaven and earth, the seas, and all that is in them; *

who keeps his promise for ever;

Who gives justice to those who are oppressed, *

and food to those who hunger.

The LORD sets the prisoners free;

the LORD opens the eyes of the blind; *

the LORD lifts up those who are bowed down;

The LORD loves the righteous;

the LORD cares for the stranger; *

he sustains the orphan and widow,

but frustrates the way of the wicked.

The LORD shall reign for ever, *

your God, O Zion, throughout all generations.

Christ did not enter a sanctuary made by human hands, a mere copy of the true one, but he entered into heaven itself, now to appear in the presence of God on our behalf. Nor was it to offer himself again and again, as the high priest enters the Holy Place year after year with blood that is not his own; for then he would have had to suffer again and again since the foundation of the world. But as it is, he has appeared once for all at the end of the age to remove sin by the sacrifice of himself. And just as it is appointed for mortals to die once, and after that the judgment, so Christ, having been offered once to bear the sins of many, will appear a second time, not to deal with sin, but to save those who are eagerly waiting for him.

Presumably the readers of Hebrews understood all of the cultural aspects that the author uses to get at the meaning of Jesus.  In Hebrews, Jesus is depicted as the great high priest – a completion, if you will, of the ancient Levitical priesthood of the Jews.  On the Day of Atonement, the high priest would enter the Holy of Holies (a cubical room in the Jerusalem Temple, that contained the Ark of the Covenant) and would splash the blood of the sacrifice against the ark.  The writer takes this earthly ceremony and place (which was probably destroyed by the Romans before this passage was written) and spiritualizes it.  “You don’t need the place or the priest any longer” the author is saying to the reader.  Jesus is proposed as the new high priest, who offers his sacrifice in the heavenly temple, not needing the earthly one.  Some critics think that the book was written before the destruction of the temple, since the author’s arguments depend so heavily on the temple.  I think that the opposite is true – the arguments serving as a psychological replacement for the temple.

Teaching in the temple, Jesus said, "Beware of the scribes, who like to walk around in long robes, and to be greeted with respect in the marketplaces, and to have the best seats in the synagogues and places of honor at banquets! They devour widows' houses and for the sake of appearance say long prayers. They will receive the greater condemnation."

He sat down opposite the treasury, and watched the crowd putting money into the treasury. Many rich people put in large sums. A poor widow came and put in two small copper coins, which are worth a penny. Then he called his disciples and said to them, "Truly I tell you, this poor widow has put in more than all those who are contributing to the treasury. For all of them have contributed out of their abundance; but she out of her poverty has put in everything she had, all she had to live on."

The teaching of Jesus always offers contrasts.  Often they are contrasts of what has been long accepted and received as a virtue, with a new take on what God wants.  Here Jesus contrasts the religious with the really religious, or to put it another way – the superficially faithful with the deeply faithful.  It is faith that determines who will be recognized by Jesus.  It happens over and over again – blind Bartimeaus, the Syro-Phoenician woman, the man at Bethsaida, all stand out because of their faith.  In this reading the example is a poor woman, who like the Widow of Zarephath (see the first reading above) offers all that she has.  It is this faith, and the actions that come from it that serve as Jesus’ prime example.

O God, whose blessed Son came into the world that he might destroy the works of the devil and make us children of God and heirs of eternal life: Grant that, having this hope, we may purify ourselves as he is pure; that, when he comes again with power and great glory, we may be made like him in his eternal and glorious kingdom; where he lives and reigns with you and the Holy Spirit, one God, for ever and ever. Amen.